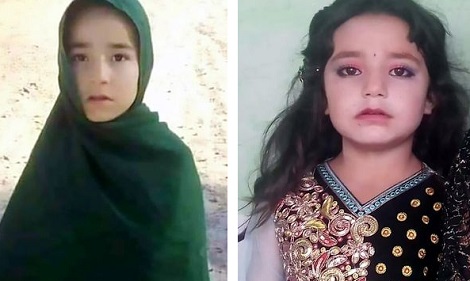 An eight-year-old girl has been found dead in a bush in her village, after being r.a.p.e.d and murdered.

Madiha’s body was found on Sunday, after she went missing from her home on Saturday.

Concerned relatives raised the alarm and began searching the area after they discovered she was not at home in the village of Saro Khel in Pakistan.

Distressing images, which the Mirror is not publishing, show the youngster’s bruised and bloodied body where she was found by the side of a road.

Her death has shocked the area and demonstrators have begun blocking roads and calling for action over her death.

The hashtag #JusticeforMadiha has started circulating on social media in the wake of her body being discovered.

District Police Officer Shahid Ahmed told reporters that the child’s body was recovered in some bushes and has now been transferred to the district hospital for examination.

Mr Ahmed said the girl had been raped, shot and then strangled by her attacker.

He added that police were monitoring two “persons of interest” in relation to Madiha’s death but they are awaiting the results of her post mortem.