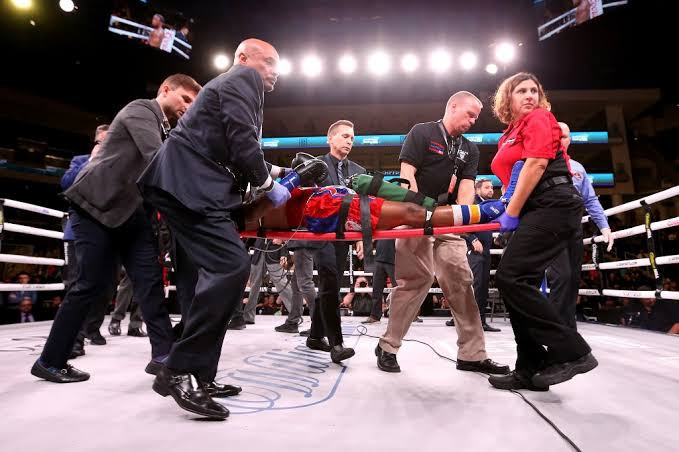 Junior Middleweight boxer Patrick Day, 27 was on Sunday rushed to the hospital for immediate surgery after he was brutally punched by 21 year old boxer Charles Conwell in Chicago. 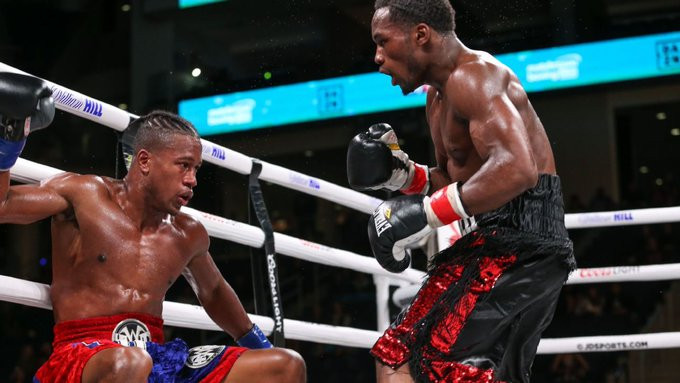 Day, was knocked down twice and received several blows to the head before he was sent to the floor with a left hook in the 10th round. 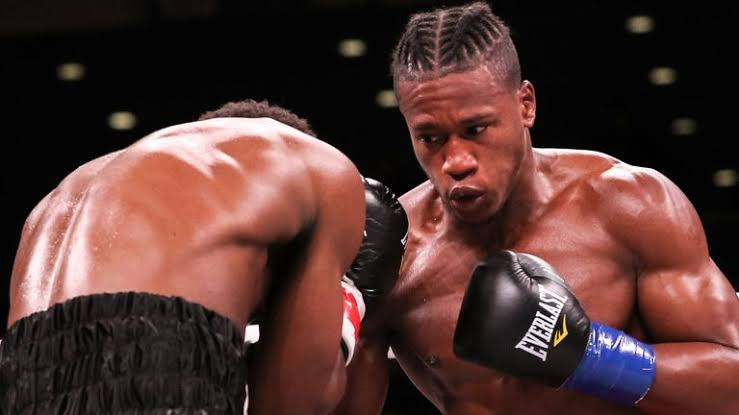 While landing on the floor after receiving the left hook punch, the back of his head bounced off the canvas, and he immediately became unconscious. 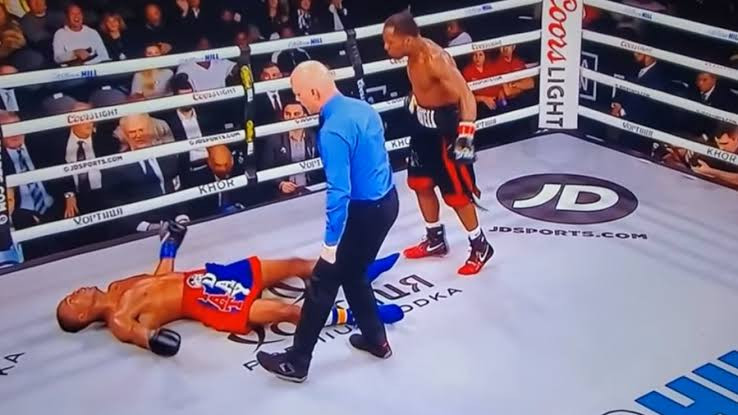 Doctors and officials on noticing the severity of the injury, fitted Patrick Day with a neck brace and an oxygen mask before being taken out of the ring on a stretcher to the hospital for immediate brain surgery.

As at press time, Day is still in a state of coma.

Watch the video of the knockout below.