Boy mistakenly sets off grenade he picked, killing himself and 8 others at Nigeria-Cameroon border 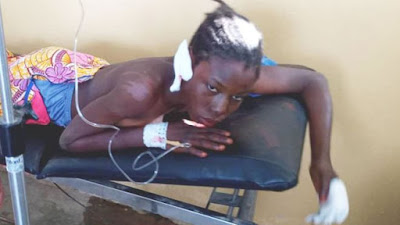 A grenade that a child picked up from a bin on the Nigeria-Cameroon border has exploded, killing him and eight others.

Twenty-six people were also wounded in the blast on the Nigerian side of the border, a Cameroonian official said.

The child, believed to be under 10, mistook the grenade for scrap metal which he intended to sell, witnesses said.

It is unclear who left the grenade in the bin, but the area has been hit by an Islamist insurgency.

Boko Haram and its splinter faction, the Islamic State West Africa Province, operate in the region.

Nigerian and Cameroonian troops form part of a regional force fighting the militants.