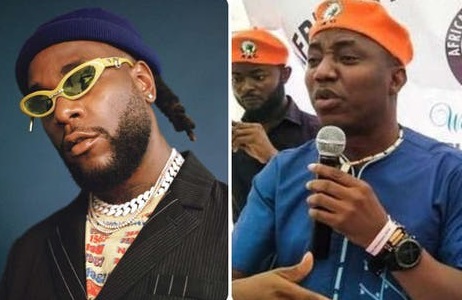 Burna Boy in a short tweet said that ”Everybody is a Fela fan and supporter now that he is dead. Humans are so Funny, You politicians are ALL the same (especially in Nigeria) and Frankly I don’t trust any of you”, while tagging Sowore.

Sowore who quickly replied his tweet, corrected the younger star by telling him he has always been a part of the Fela family. He tweeted; ”@burnaboy I am not just one of the persons who you could describe as “Fela’s fan after he died,” I am a member of Fela’s household, ask @RealSeunKuti, as a student’s leader in the 90s I met and hung out with Abami Eda at home and the African shrine! If you want to be Fela be Fela”. 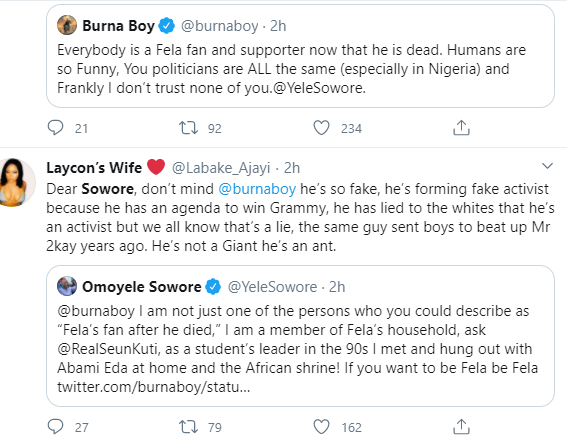