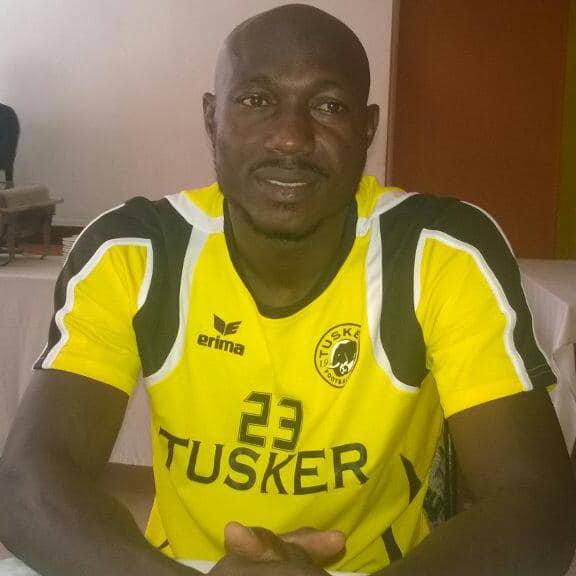 The 37-year-old died on Saturday evening after a battle with a long illness that forced him to go back to Ghana for treatment.

Owusu was part of the Brewers team that won the 2016 Kenyan Premier League (KPL) as well as the Football Kenya Federation (FKF) Shield Cup in the same year.

After a poor 2017 season in the Kenyan top-tier, Owusu was among the 14 players released by coach Robert Matano. Others who were shown the door alongside the Ghanaian was Anthony Ndolo, George Mandela, Moses Ndawula, Victor Ndinya, Luis Tera, Danson Kago, Noah Wafula, Martin Kizza, and Clifford Alwanga.

Owusu’s last assignment in Kenyan football was in the National Super League (NSL) with Nairobi Stima.

Several sports personnel have taken to their social media accounts to mourn the fallen striker.

“I am left with no words,” Tusker FC media liaison officer Dianah Yonah posted on her Facebook account. “[Rest in peace] Owusu, [double double] champion. Until we meet again.

Herbert Mwachro, who lost in the recently held FKF elections also tweeted his condolence message after learning of the former striker’s demise.

“Thank you for the many memories, rest in peace Stephen Owusu.”

Ronald Okoth, who recently retired from football after a stint with Sofapaka, was not left behind.

“My sincere and heartfelt condolences to the family of Stephen Owusu,” the former player tweeted.

“Definitely one of the best opponents I have ever played against. Unplayable on his good day and a sharp thorn in the flesh of our defence line.

“May his soul rest in peace.”

Owusu started his football development with minnows Mine Stars in Ghana back in 2001 before joining Asante Kotoko a year later until 2005. Heart of Lions snapped him up from 2006 to 2010 and he was shipped on loan to Tunisia outfit Esperance Tunis.

He has also played for Nigerian outfit Sharks FC and Ghanaian side Aduana Stars FC before coming to Kenya.