I won! Why would the media assume Joe Biden would ascend to the presidency? — Trump 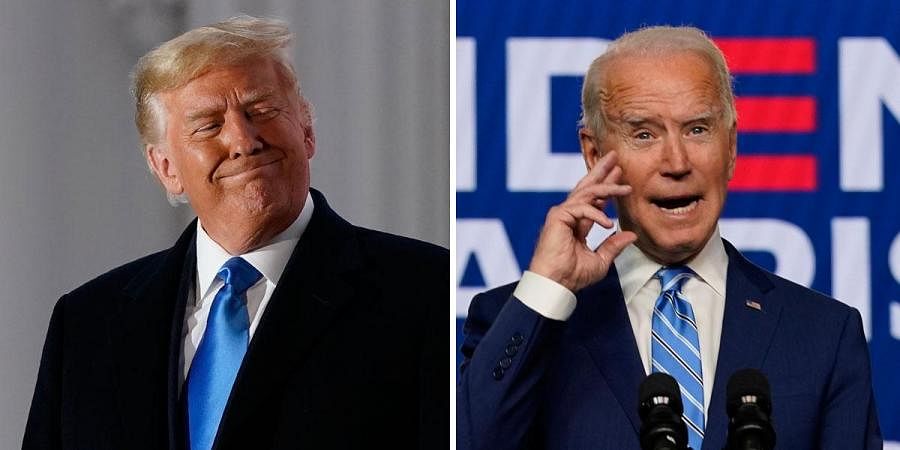 President Donald Trump has accused the mainstream American media of taking sides and not reflecting on his side of the story, asking as to why does the “Fake News Media” continuously assume that President-elect Joe Biden will ascend to the presidency next January.

Last week, the mainstream media declared Democratic presidential candidate Biden as the winner of the November 3 presidential election and said that Trump has lost.

President Trump, however, has refused to concede the election, asserting that he has won.

Media and state officials have said that they do not have any evidence of large-scale voter fraud.

I WON THE ELECTION!

Trump, meanwhile, accused the media of supporting Biden during the election campaign.

“Why does the Fake News Media continuously assume that Joe Biden will ascend to the Presidency, not even allowing our side to show, which we are just getting ready to do, how badly shattered and violated our great Constitution has been in the 2020 election,” Trump asked in a tweet on Sunday.

“It was attacked perhaps like never before! The World is watching!” Trump said.

Earlier in the day, Trump said that many of the court cases being filed all over the country are not his, but rather those of people that have seen horrible abuses.

“Our big cases showing the unconstitutionality of the 2020 Election, & the outrage of things that were done to change the outcome, will soon be filed! We won’t let a RIGGED ELECTION steal our Country!” he said in another tweet.

For the first time earlier on Sunday, President Trump appeared to grudgingly acknowledge that Biden won the closely-fought race for the White House, but indicated that he would not concede and would keep trying to challenge the “rigged” election outcome.

His declaration comes as he and his administration continue to accuse the Democrats of election fraud without evidence and impede the transition.