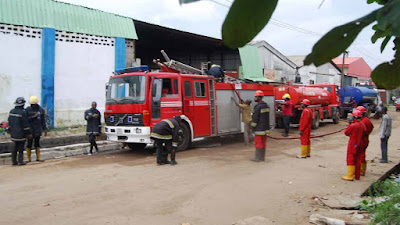 Alhaji Saidu Muhammed, spokesman of the fire fighting outfit, while confirming Madaki’s demise in a telephone interview, said that he had been on admission in the hospital for three days before he passed on.

He said that the deceased joined the services of the Kano State Fire Service in 1985 and rose to the rank of a Director in October 2017.

“He has already been buried in Kano according to Islamic rites,” Muhammed said.