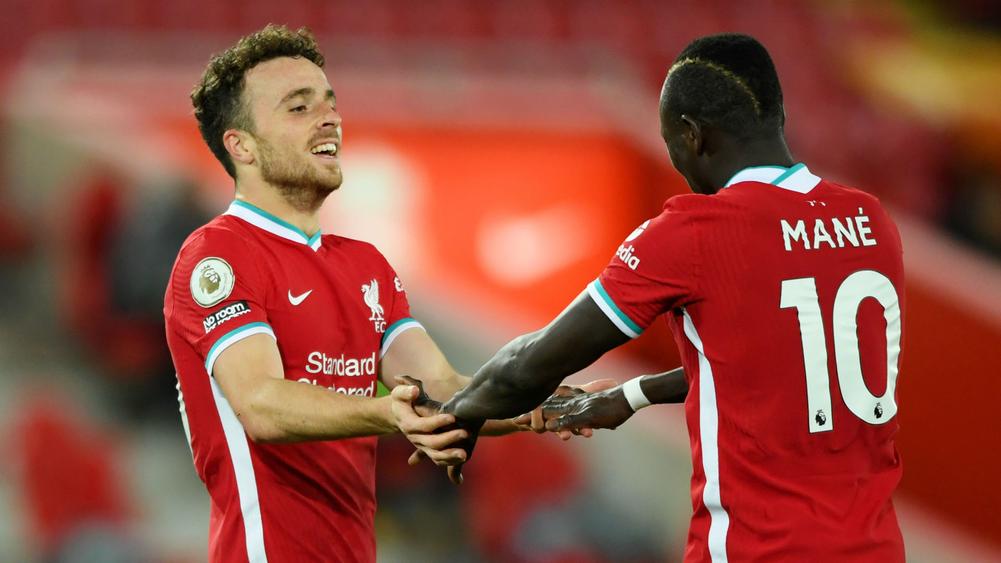 Liverpool returned to winning ways in the Premier League as Diogo Jota’s second-half goal secured a 2-1 win over Sheffield United at Anfield on Saturday.

A controversial draw with Everton last time out followed a 7-2 humiliation at the hands of Aston Villa before the international break and Jurgen Klopp’s side looked set for more disappointment when a Sander Berge penalty put the Blades ahead after 13 minutes.

Robert Firmino’s first of the season drew them level ahead of the interval, though, before Jota sealed all three points in the 64th minute with his second goal for the club following his move from Wolves last month.

The result moved Liverpool up to second, level on points with leaders Everton, while Chris Wilder’s side – who have failed to win so far this season – remained in 19th.