A mum decided to attend a night out clad in a dress made out of trash bags.

38-year-old Lisa Barnes from Newcastle was told by best friend Michelle that she could wear a bin bag and still look gorgeous. So she did just that. She turned up in a bin liner on a night out to her friend’s house.

Lisa found some bin liners in her kitchen and within minutes, she has made it into a flattering v-neck wraparound dress.

Michelle was shocked when she saw her look, Lisa said. 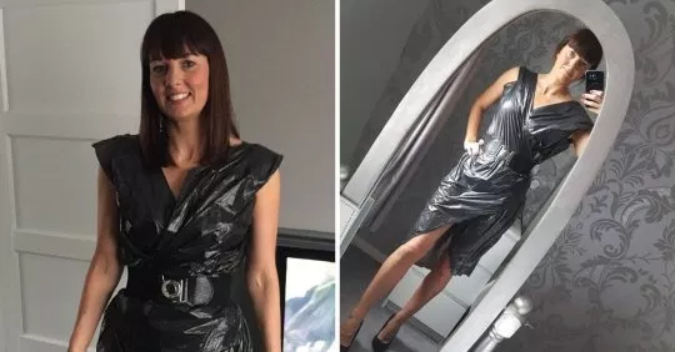 “Michelle’s face when she saw it on Saturday was brilliant, she couldn’t believe it. She started laughing and said I was crazy. I didn’t stay in the dress long as it was hot and sticking to me because I was sweating. After a few minutes I told her ‘I need to get upstairs and get out of this’.”

Lisa, who says she can’t sew to save her life, said it was pretty simple to create the dress. 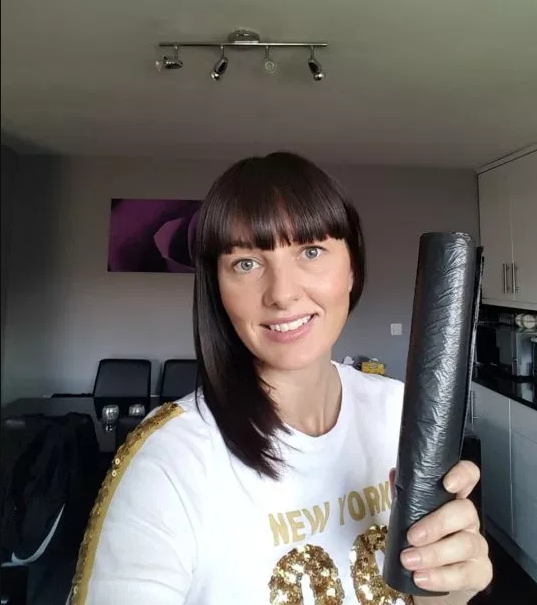 She said: “I was pleased with how it turned out, it’s done pretty well considering it’s a bin liner. My son thought I was crazy wearing a bin bag dress. I told him it was just to go to Michelle’s house in and he said ‘you’re not leaving the house in a bin bag mam’.”

Lisa’s son ended up trying the bin bag dress and even joked about wearing it to prom.