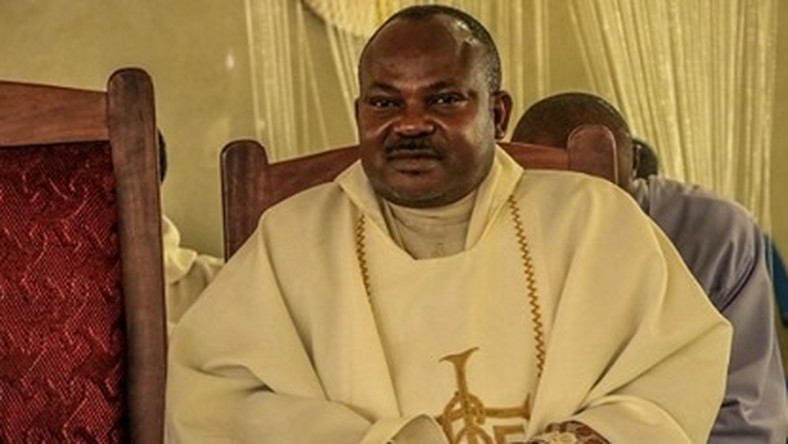 The Obituary of Reverend Father Paul Offu who was murdered by suspected herdsmen along the Ihe-Agbudu Road in Awgu on Thursday, August 1st, has been released.

According to the lineup of activities, the remains of the 49-year-old clergyman who was shot dead while on his way for mass, will be laid to rest at the Holy Ghost Cathedral, Ogui in Enugu state on Tuesday August 20th.

Until his death, Father Offu was the parish priest of St. James the Greater Parish, Ugbawka.

See the full poster of his obituary below 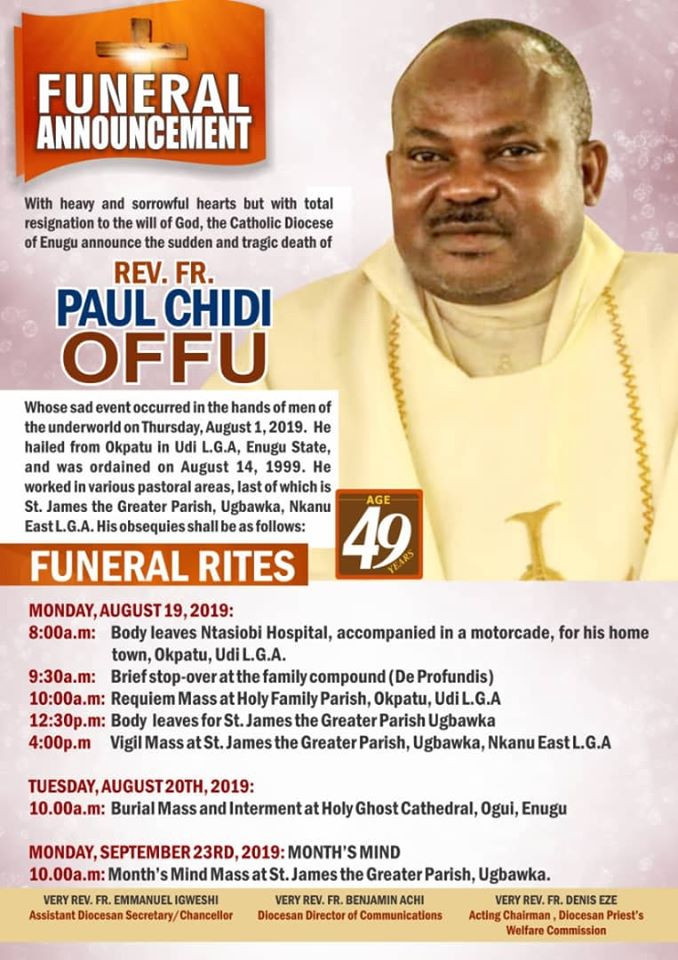