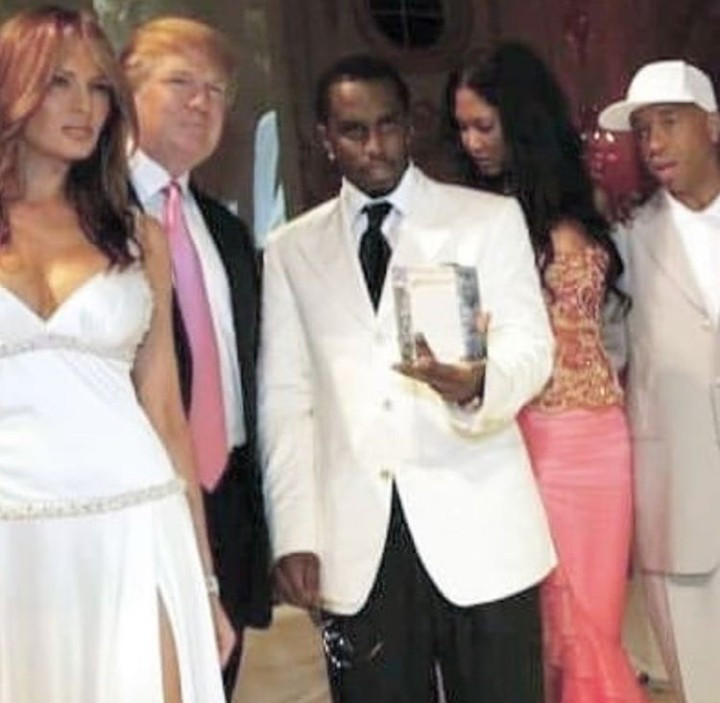 Russell Simmons and Donald Trump used to be very good friends years ago when Trump was still a television personality and hadn’t delved into politics. But Russell said that friendship ended when Trump announced his plan to run for presidency.

The record executive took to Instagram to narrate how close they were. He said he was the one who introduced Trump to the African American woman he dated before marrying Melania Trump.

Trump was “fun” then, according to Russell, and gave freely to his charities.

But he said when Trump announced he was running for the president of the United States, he knew he had to choose America over his friendship because he knew Trump wasn’t the right man for the job.

He said his first statement when he heard Trump was contesting for presidency was: “I would rather any of his reality star competitors became president.”

Russell said, “God he’s done a hellacious thing to this country” by giving them Trump as a president and he’s calling on Americans to vote him out.

I was never afraid of his silly politics Except on occasion where i had a chance to remind him …i took him to the mosque when he spoke poorly about Muslims, brought rabbis to his office when he made anti Semitic statements, and corrected him when he said any hateful things …he was my friend because he was “fun”gave to my charities and he wasn’t in power ..When he announced ..i was among the first of his friends to speak publicly, i cared about this country more then any friendship. I can remember this pic .. and i remember Melania … i introduced him to his african american girlfriend who he dated directly before his first date with Melania (i tagged along for that ) lil did i know. I immediately disconnected with him publicly when he announced his candidacy i was on cnn i remember my words “I would rather any of his reality star competition became president” i haven’t spoken to him since the day after i said that ..God he’s done a hellacious thing to this country ? let’s please stand up …his speech without talk of gun control or racism as key points playing to the lowest smallest most ignorant ideas that America has to offer is shocking … But we will stand tall vote him out and turn this around, i have faith ,resilience and i will work hard to deliver anyone else to the White House Lets all work together, we have a unifying call to got to work …LETS GO 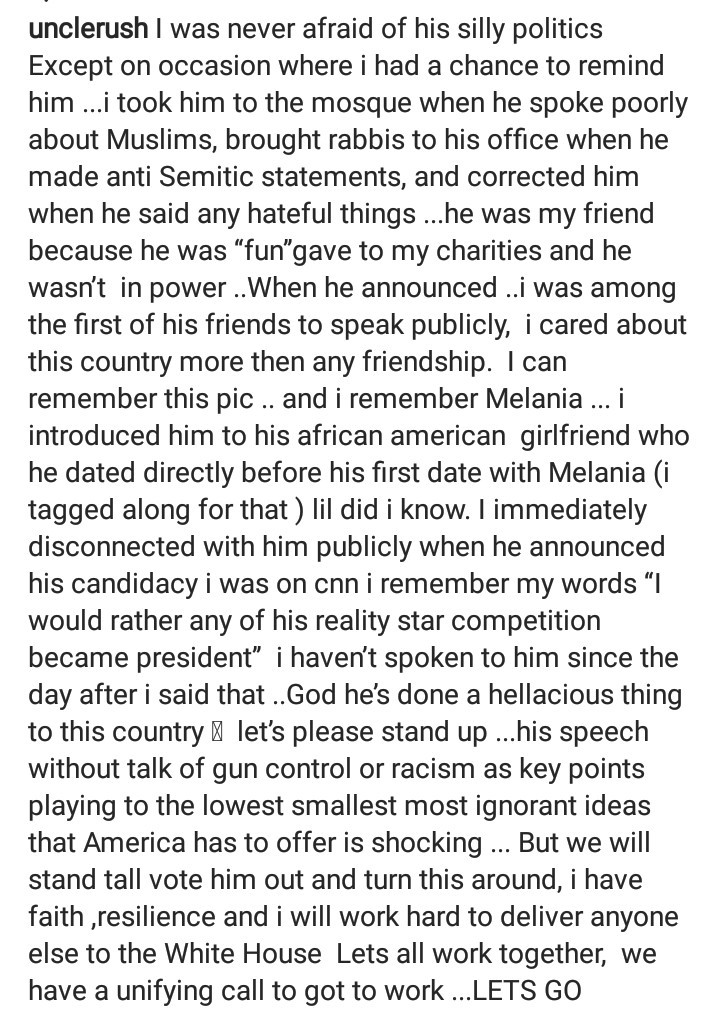