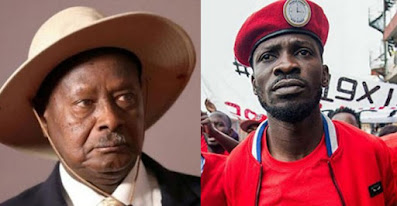 Uganda Presidential Candidate Bobi Wine, with real name Robert Kyagulanyi, claimed there were “widespread fraud and violence” as counting gets underway after polls closed in a hotly contested election.

However, the 38-year-old singer remains hopeful of victory over 76-year-old Yoweri Museveni.

In a statement released on his Twitter handle last night, Bobi Wine wrote;

“Hello, Uganda! Despite the widespread fraud and violence experienced across the country earlier today, the picture still looks good. Thank you, Uganda for turning up and voting in record numbers. The challenge now is for Mr. Byabakama and the EC (Electoral Commission) to declare the will of the People.”