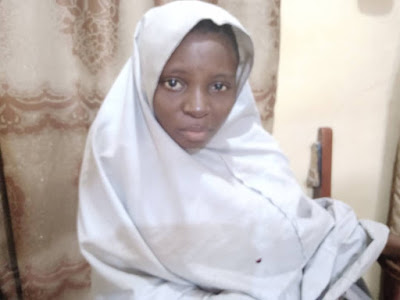 The husband, Shahrehu Alhaji Ali and his fiancee, Aisha (all residents of the same area) were said to be in a serious relationship for over six years and scheduled to tie the knot on 9th January 2021 before the ugly incident happened.

It was gathered that the housewife, Suwaiba (second wife) got wind of the planned wedding ceremony and lured the proposed new bride (late Aisha) to an uncompleted building in the neighbourhood where she stabbed her to death.

The police spokesperson, DSP Abdullahi Haruna who confirmed the incident to newsmen in the state, said the command received a complaint from the deceased’s father, Kabiru Jafaru that his daughter who had suddenly gone missing on New year’s day was found dead.

DSP Haruna said upon receiving the complaint, the CP Habu Sani ordered his officers to immediately swing into action, leading to the arrest of the suspect, Suwaiba, who had confessed to having carried out the atrocity out of jealousy.