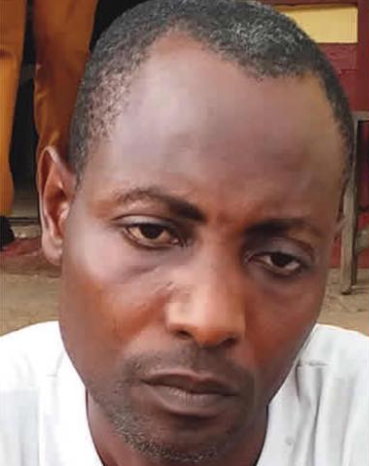 2-year-old Destiny Kelvin was set ablaze by Leo Columbus Enwa, in Akampka Local Government Area of Cross River State. Leo reportedly tied his brother’s child, Destiny, to a tree and set her lower limb on fire because she defecates around the compound and their neighbours’ garden.

The child was later rescued by Child Protection Network, CPN, and handed over to the Basic Rights Counsel Initiative, BRCI, where she is currently undergoing treatment. Due to the trauma she suffered, Destiny can neither sit nor stand.

Columbus admitted he is guilty of the crime and explained that he started taking care of Destiny 2 years ago. He said his neighbours had been complaining that the child, whose parents are in Lagos, was always defecating in their houses.

People have been complaining and I have been ignoring it until that day. Someone reported to me that she had defecated in their place again. With the annoyance that she defecated on someone’s pumpkin and waterleaf, I beat her up.

He added that he was burning some grasses at the time he got the report so, in anger, he threw the burning grass on her and she was burned.

When I saw that she was burnt, I became remorseful and bought drugs and gave to her. I did not plan to kill her. She is my brother’s daughter. I did it out of annoyance.

Apart from the burns she suffered, the child was found looking malnourished and severely underweight. It was also revealed that the child was not allowed to sleep in the main house, instead a makeshift bed was made for her in an area not even fit for a dog. 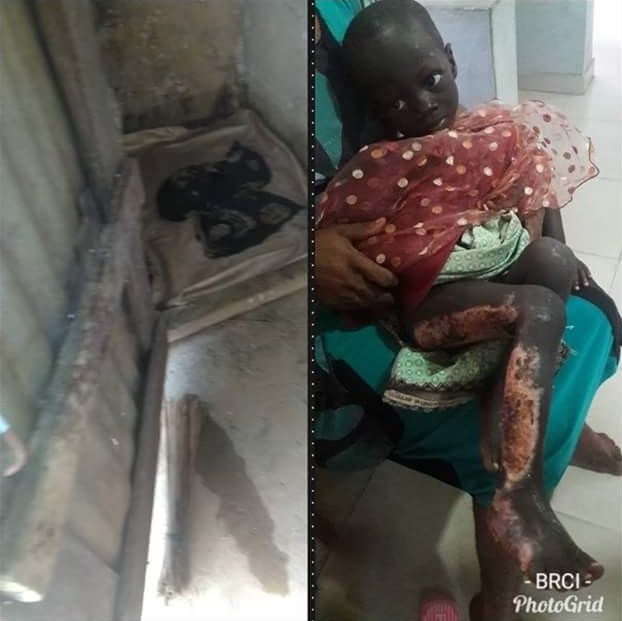 he child is currently undergoing treatment while the uncle has been arrested. The child’s parents have also been arrested and the matter is being investigated.