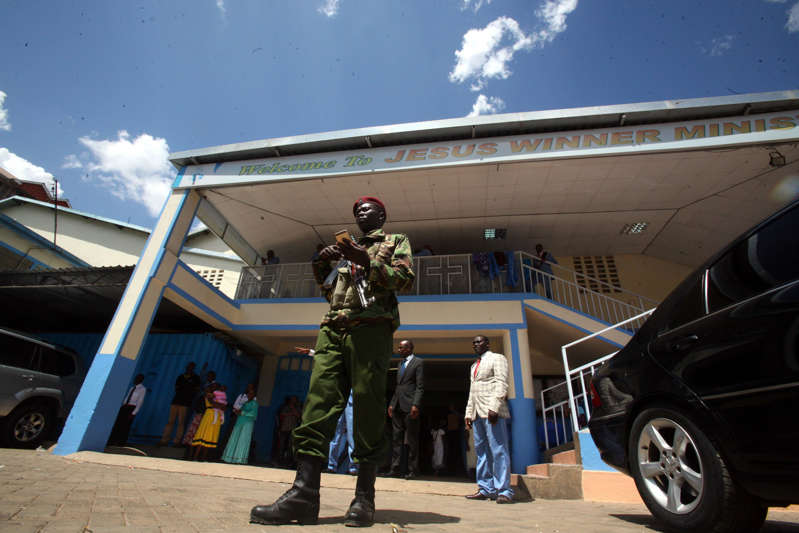 Police in Kenya rescued 21 young Nepalese women during a raid on two strip clubs in an upmarket suburb of the capital Nairobi, detectives said on Friday.

“Detectives from the Directorate of Criminal Investigations (DCI) Anti-Human Trafficking and Child Protection Unit, and the Transnational Organised Crime Unit… raided two clubs in Mogotio Road, Westlands and rescued 21 Nepalese girls who had been trafficked to Kenya for exploitation,” the DCI wrote on its verified Twitter account.

Images of the operation, carried out late on Thursday, showed three young women dressed in brightly coloured blouses hiding their faces as they were escorted away.

Three local suspects were arrested on suspicion of trafficking and will be charged with related offences, the DCI added.

The girls, whose ages were not confirmed by detectives, were transferred to a victims’ refuge after the police operation. They will remain there while officers verify their identities and determine if they are in Kenya legally.

“We are holding the 21 girls and three other local suspects. We are probing their links to international human trafficking rings and you will be updated of the progress,” a police source close to the investigation told AFP.