Staying In Arsenal For 22 Years My ‘Biggest Mistake’- Arsene Wenger 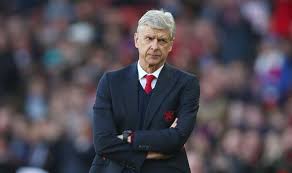 Arsene Wenger has admitted that staying at Arsenal for more than two decades may be his ‘biggest mistake’, as he begins to deal with life away from north London.

In a lengthy interview with RTL, translated by football.london, the Frenchman spoke at length about a number of topics inside and outside of football, but one of his early comments was also possibly one of the most revealing.

Asked if he could pick his biggest mistake, he laughed: “Perhaps staying at the same club for 22 years. I’m someone who likes to move around a lot, but I also like a challenge. I’ve been a prisoner of my own challenge at times.”

The 68-year-old also explained why the Gunners’ unbeaten season in 2003/04 meant so much to him, saying: “[The best coach is] someone who manages to get the most out of his squad. From a collective expression point of view and in terms of results.