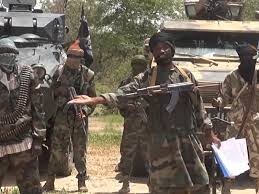 Suspected members of the terror group, Boko Haram, have attacked the Malari village in Borno state, killing at least 19 persons.

Abatcha Umar, a resident of the community whose younger brother was killed during the attack, said the sect members stormed the community on Sunday and carried out the attack. He said he counted 19 bodies inclusive of his deceased brother. He also accused the Army stationed in the state of negligence.

According to him, the community members had spotted the sect members three days before the attack around their environment. Umar said they alerted the soldiers who did not act on their information.

An aid worker at a camp that received the survivors, and who declined to be identified, put the death toll at 63. Boko Haram fighters, according to Reuters, reportedly arrived in trucks firing guns and rocket-propelled grenades.