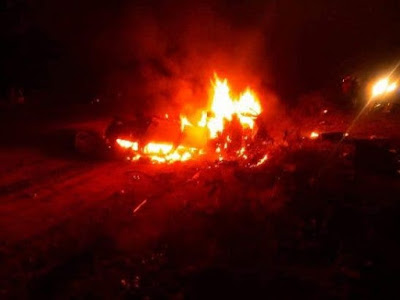 It was a black Sunday in Bauchi State as 20 people were burnt to death in a ghastly motor accident.

The accident reportedly involved two vehicles. The tragedy occurred around 3.00pm on Sunday, with only two female said to have survived the accident.

“The accident involved 22 passengers who were in two different vehicles, a Hummer Bus 18-seater of Borno Express Mass Transit and a Golf car. The Hummer had 18 passengers while the golf had four,” he said.