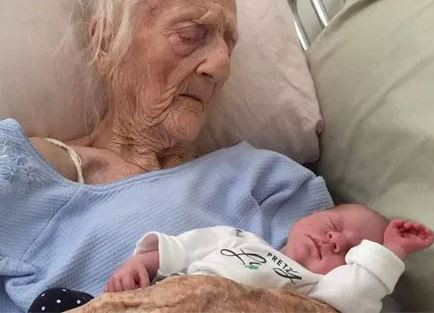 A 74-year old woman has delivered twin baby girls after 54-years of marriage.

Indian newspaper, The Hans India reported that the delivery was done in a private hospital in Guntur city on Thursday, September 5th. According to doctors, Yerramatti Raja Rao who hails from Nelapartipadu in East Godavari district married Mangayamma on March 22, 1962.

The marriage was fruitless for decades until Yerramatti read about a pregnant 55 year-old woman residing near her house. The woman became pregnant through IVF. Mangayamma drew inspiration from the neighbour and along with her husband approached Ahalya Nursing Home in Guntur city.

They met IVF experts who collected Mangayamma’s husband sperm and tried in the IVF system. The doctors efforts were fruitful. Since then, Mangayamma was under the supervision of doctors in the nursing home.

Dr.Umashankar performed the cesarean on the 74 year-old woman today and she delivered two baby girls. Dr. Umashankar said: ” It is another world record. Yerramatti and her husband Mangamma are also happy”. 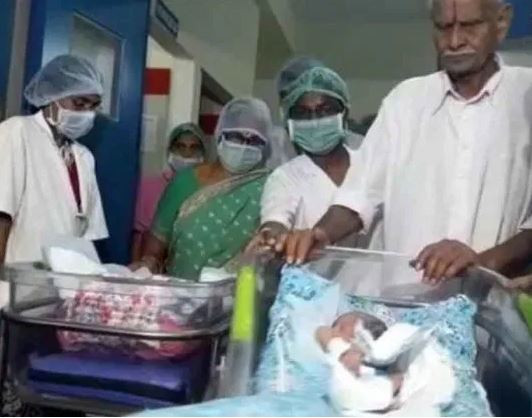 While the birth may be an Indian record, it is not a world record. The world record holder, according to the Guinness Book of World Records was Anatolia Vertadella, a 101-year-old Italian woman. She gave birth to a 9-pound baby in 2016 after a controversial ovary transplant widely criticised by medical professionals because of her advanced age.

In India, a woman, Daljinder Kaur believed to be at least 70 years old, gave birth to a son named Arman (meaning “wish” in Hindi) on April 19, 2016. Guinness World Records also recognized the world record for the Oldest mother to conceive naturally, set by British woman Dawn Brooke, who became the oldest natural mother when she gave birth to a son by Caesarian section at the age of 59 years. She conceived accidentally, having managed to ovulate past her last period.