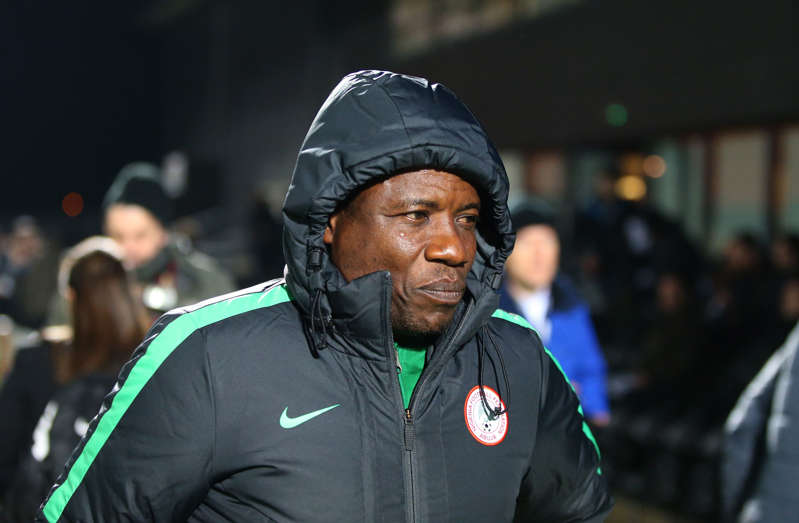 In the video on the twitter handle of BBC News Africa, Yusuf was seen negotiating with an alleged agent in order to influence his selection ahead of the last CHAN. The video showed Yusuf collecting a sum of $1,000 to play certain players in his team for the last CHAN.

However, in a letter to BBC, the coach denied any wrong doing, insisting that the money he collected was in the form of a gift and that it did not influence his decision in terms of players’ selection.

“I did accept cash handed to me by one of the said football agents, which I later discovered, upon checking, to be $750 and not $1000,” he stated.

However, in an effort to get to the root of the matter, the coach, who is on medical trip to London, will face the Ethics committee of the federation anytime he returns.

“The matter is not going to be swept under the carpet because it is a serious allegation and the image of the football house and that of the country is at stake,” a source told our correspondent.

“You are quite aware that the NFF president, Amaju Pinnick is the first Vice President of the Confederation of African Football (CAF) and many would be waiting for our action on the matter,” added our source.

Feelers reaching us revealed that he will be relieved of his role as an assistant in the main national team as well as coach of the home-based Super Eagles and the U-23 team, but will get a chance to defend himself.

The video was done by Ghanaian journalist, Anas Aremeyas Anas, in September 2017, when Yusuf was preparing the Nigerian B-team for the WAFU Nations Cup, where they finished as runners-up after losing 4-0 to the hosts, Ghana, in the final.

Man Arrested After Having Public S3x With A Dog

The federal government says the Second Niger Bridge will open to traffic ...