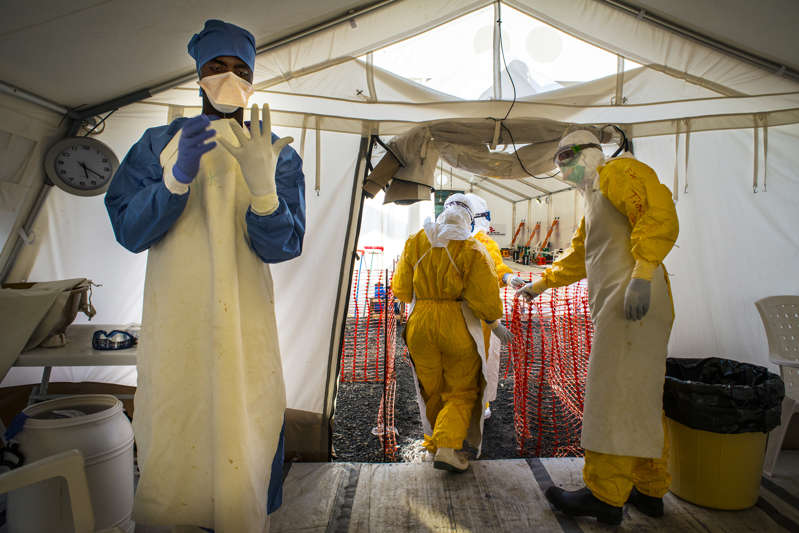 At least four new cases of the Ebola virus have emerged in Congo’s northeast, just a week after an outbreak in the northwest was declared over, the country’s health ministry said Wednesday.

There was no indication the two outbreaks, separated by more than 2,500 kilometers (1,553 miles), are related, Health Minister Dr. Oly Ilunga Kalenga said in a statement.

“Although we did not expect to face a tenth epidemic so early, the detection of the virus is an indicator of the proper functioning of the surveillance system,” Kalenga said.

Ebola, first identified in 1976 in Congo, jumps to humans from animals including bats and monkeys. It spreads through contact with bodily fluids of those infected, including the dead.

The North Kivu health division notified the health ministry on Saturday of 26 cases of hemorrhagic fever, including 20 deaths in North Kivu province, the ministry said. Four of six samples sent for analysis to the National Institute of Biological Research in Kinshasa, the capital, came back positive for Ebola, the ministry said.

The new cases are in Mangina in the eastern Mabalako health zone, about 30 kilometers (18 miles) west of Beni, a city of more than 230,000 people. Travel into and out of the village has been blocked.

To the east are two of Africa’s best-known wildlife parks, Virunga and Rwenzori, on the border with Uganda.

North Kivu governor Julien Paluku called on residents to remain calm. A team of 12 experts from the health ministry will arrive in Beni on Thursday to set up a response, the ministry said. The team includes laboratory technicians, epidemiologists, clinical psychologists and doctors with a mobile lab and protective equipment.

Congo’s east is volatile, with dozens of rebel groups staging attacks and vying for mineral-rich land. The ministry said it has put in place security to protect the deployed health care workers and the population.

Congo on July 24 declared the end of an Ebola outbreak that began in May in the northwest Equateur province and resulted in 54 confirmed cases, including 33 deaths.

Health officials said a quick international response and vaccinations of more than 3,300 people were major factors in containing the outbreak.

None of Congo’s outbreaks were connected to the massive one in Guinea, Liberia and Sierra Leone that began in 2014 and left more than 11,300 dead.