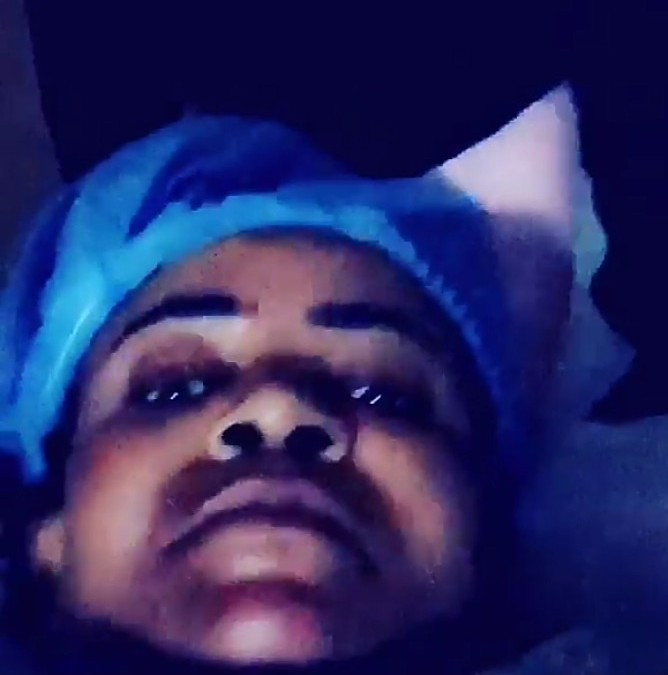 Cossy Ojiakor was forced to undergo surgery on her foot after a horrific fall left her with severe injuries.

The actress fell suddenly over the weekend and it resulted in a swollen foot and blackened ankles. 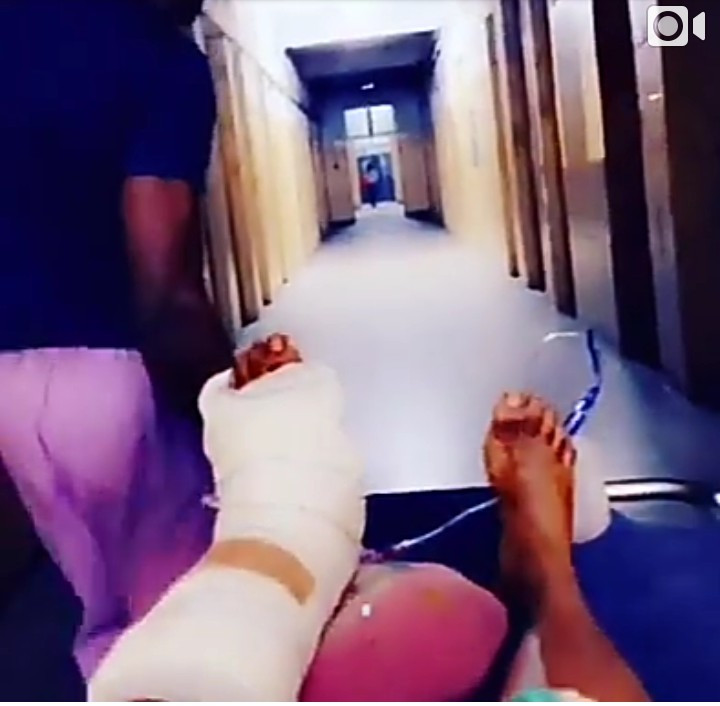 She has now revealed that she had surgery during which a metal was placed in her leg. 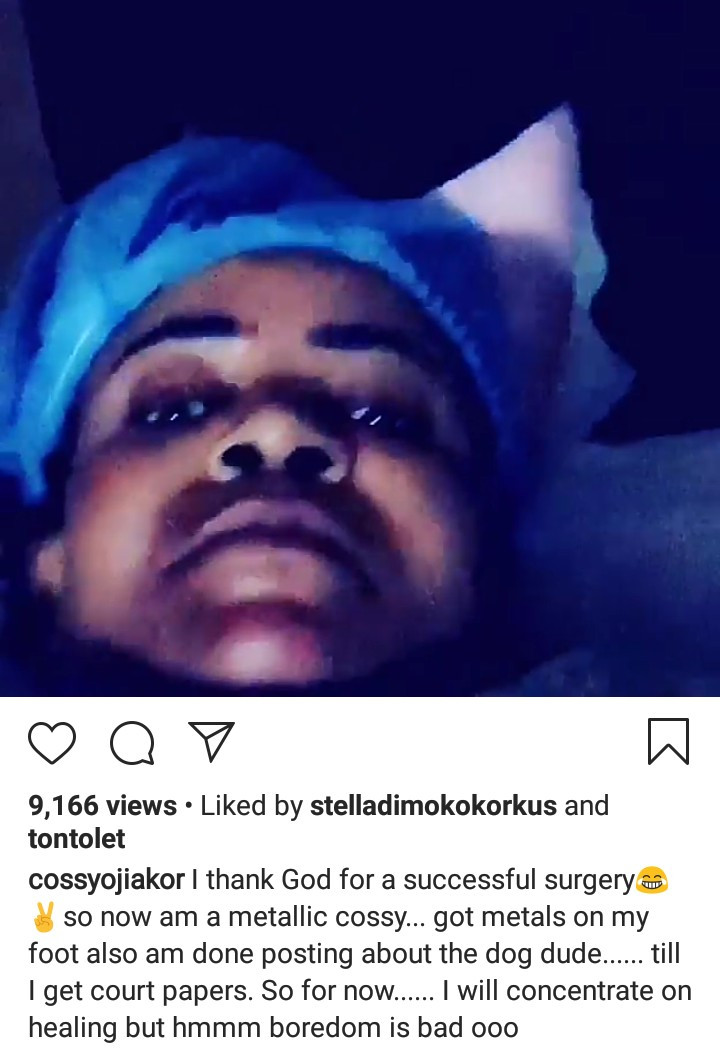 In the same post, she also promised to stop dragging journalist Tunde Moshood for the time being (read here).

Watch the clip below.

I thank God for a successful surgery😂✌️so now am a metallic cossy… got metals on my foot also am done posting about the dog dude…… till I get court papers. So for now…… I will concentrate on healing but hmmm boredom is bad ooo