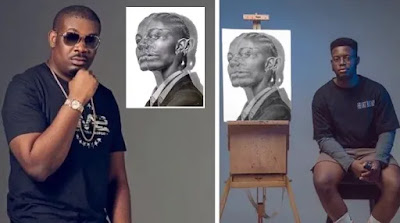 The man had earlier hoped to sell his pencil drawing on his birthday many weeks ago.

In a Twitter post, he lamented not being able to sell the piece as he tagged Don Jazzy to it, asking if he would buy it.

The Mavin Records CEO was impressed and wowed by Frederick’s work and offered to pay him N300k although the original price tag announced by the artist was 200lk naira.