Posted by: talkagblog in Events, Home, News August 8, 2018 Comments Off on Ebola vaccinations could start Wednesday in Congo outbreak 8 Views 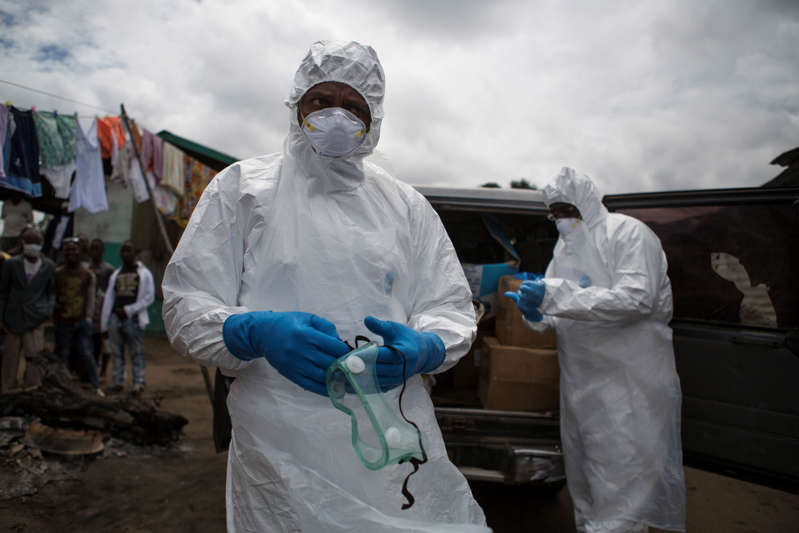 The outbreak declared last week in North Kivu in the northeast near Uganda and Rwanda is a new outbreak and not connected to the one in Congo’s northwest that was declared over on July 24, WHO’s emergency preparedness chief, Peter Salama, said on Twitter.

Salama cited new results of genetic analysis that confirm the strain of Ebola in the new outbreak is the Zaire strain, one for which the vaccine can be used.

Congo’s health ministry has said the new vaccination campaign will target health care providers, contacts of confirmed Ebola cases and their contacts, the same strategy that was used to contain the previous outbreak in Equateur province in which more than 3,300 people were vaccinated. That outbreak more than 2,500 kilometers (1,553 miles) away had 33 confirmed Ebola deaths.

Health experts in the city closest to the new outbreak, Beni, have been setting up “cold chains” to keep the vaccines at the optimal temperature of minus 70 degrees Celsius (minus 158 degrees Fahrenheit), a challenge in a region with hot temperatures and unreliable power supplies.

WHO has warned that this new outbreak poses a particular challenge as the region is a “war zone” with several active armed groups and tens of thousands of displaced people. Heavily traveled borders nearby with Uganda and Rwanda also complicate efforts to contain the disease, which is spread via contact with the bodily fluids of those infected, including the dead.

At least nine Ebola deaths are confirmed in the new outbreak, which was declared Aug. 1, the health minister, Dr. Oly Ilunga Kalenga, said in a statement Tuesday. There are 16 confirmed cases of the hemorrhagic fever, 27 probable cases and now 46 suspected ones under investigation.

Health experts have identified at least 966 contacts who are now under surveillance.

Congo has dealt with Ebola for decades and this is its tenth outbreak of the virus. Ebola, first identified in the country in 1976, jumps to humans from animals including bats and monkeys. There is no specific treatment, and the virus can be fatal in up to 90 percent of cases, depending on the strain.

Previous: Why Meghan Markle has to return her birthday presents
Next: ‘Osinbajo consulted with President Buhari before DSS DG’s sack” Femi Adesina says

Woman Begs Court To Dissolve Her 20-Year-Old Marriage Over Battery, Lack Of Affection