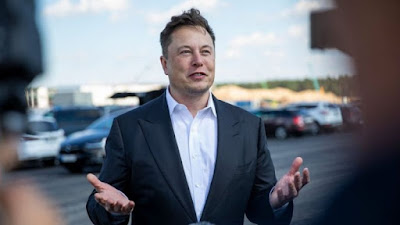 After an eventful week for tech entrepreneur Elon Musk, his personal fortune has shot up by more than $15bn.

On Monday, it was announced that his electric car company Tesla has been accepted into the S&P 500, a major US stock market index.

This comes after his rocket company SpaceX sent four astronauts into space.

On top of testing positive for Covid-19, Mr Musk is poised to become the world’s third richest person.

Tesla’s share price surged about 14% in New York following the news it was being added to the index. Given Mr Musk’s 20% stake in Tesla his net worth rose to $117.5bn, according to the Bloomberg Billionaires Index.

His wealth has jumped $90bn this year as Tesla’s share price has continued to rise.