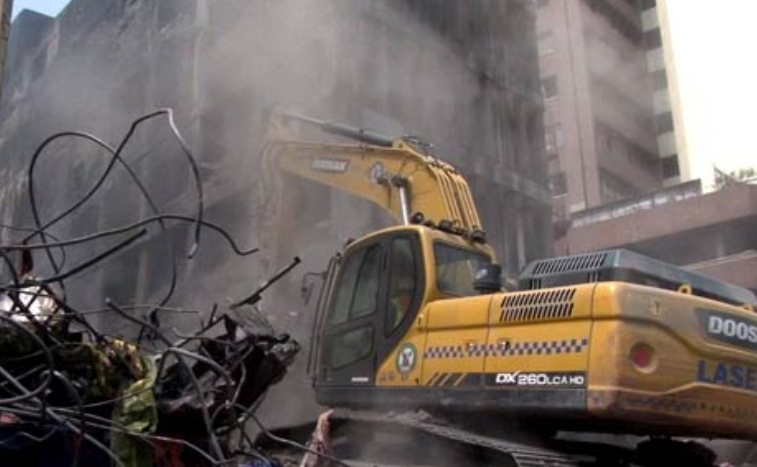 The five-storey building razed by fire at Balogun Market in Lagos Island has been demolished. The demolition began after fire fighters completely put out the fire on Wednesday morning.

This demolition follows the directive given by Lagos State Governor Babajide Sanwo-Olu during his earlier visit to the scene. Structures beside the detected building will also undergo integrity test to determine their fitness and to ascertain if they will be demolished as well. 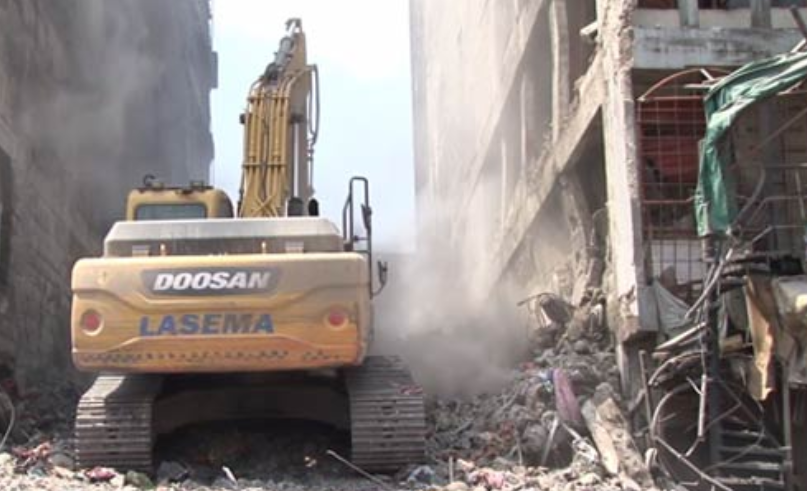 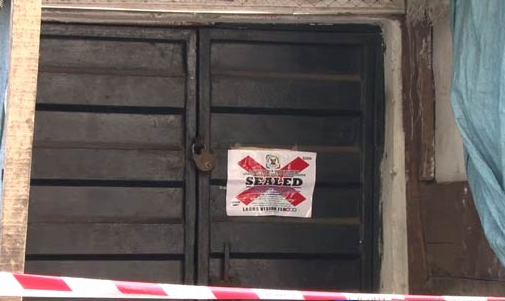