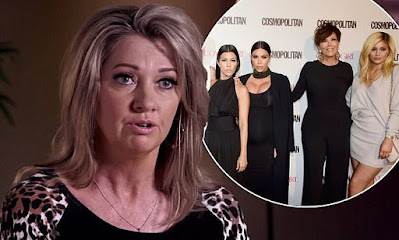 A former nanny to the Kardashian-Jenner family has urged Kourtney, Kim, Khloe, Rob and Kylie to keep their children out of the spotlight after they announced they’re ending Keeping Up With The Kardashians’ 14-year run.

Pam Behan lived with the famous clan from 1991 until 1996 after looking after Caitlyn’s sons Brandon and Brody with Linda Thomspon, but sources close to the family claim she was fired for demonstrating inappropriate behaviour.

The Minnesota-born carer admitted she wasn’t ‘surprised’ to find out that sports star Caitlyn, 70, heard they were pulling the plug on the series ‘on the news’ as she claimed her ex-wife Kris, 64, was ‘incredibly controlling’ and ‘ran the show’.

‘I’d like to give them advice to say, make it about them right now, while they’re young. I know I wouldn’t want my child in the spotlight 24/7, every move’, Pam said in a new interview with The Mirror.

The nurse – who is set to write a tell-all book called Malibu Nanny – also alleged matriarch Kris ‘was the driving force’ behind their stardom as she ‘thrives being in the limelight’.

She added: ‘Your kids are young once, only once – make it about them. And then there are always crazies out there who could kidnap them. You have to be so careful and protect them at all costs, that’s part of it. They chose to get into this life but their kids were born into it. I guess, and hope, that’s one reason they’re getting out.’

Model Kendall, 25, has no children, and make-up mogul Kylie, 23, shares her only child, daughter Stormi, with hip-hop star Travis Scott. 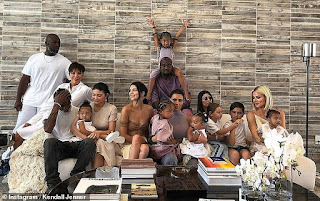