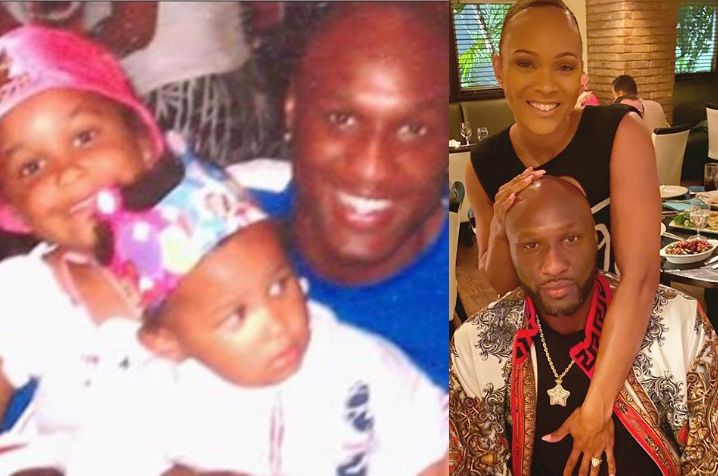 Lamar Morales-Odom, the son of NBA star Lamar Odom has apologised to his father for slamming him over his surprise engagement to his girlfriend of three months, Sabrina Parr.

The 17-year-old who Odom shares with ex Liza Morales, expressed his anger in a now deleted Instagram comment after he got to find out about his engagement on social media.

“Not a txt or a phone call to see how people who’ve know this dude his whole life to see how we would feel or react,” Lamar Jr. wrote. “knew shawty for 4 months and already got you twisted, fam n friends already don’t approve of homegirl but already she got your a— ina sunken place. Shame family gotta find out on social media but that’s been how life been all the time as the son of an odom. 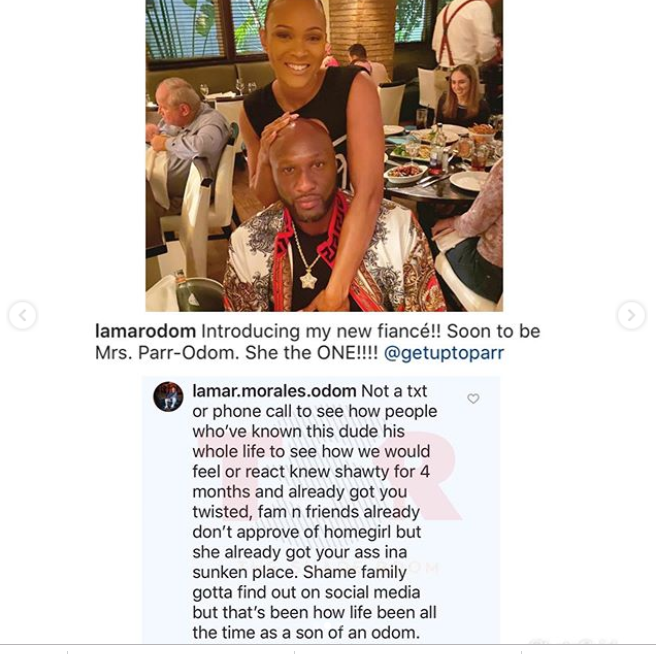 Writing in a new post on Instagram, Lamar. Jr regreted his action and has apologised for attacking his father on social media over his surprise engagement to Sabrina Parr.

Sharing an old family photo of himself and his sister Destiny posing with their father, he wrote: ‘Last night I was emotional seeing my father got engaged through social media. I was hurt and caught off guard. At the end of the day, I am a teenager, that is becoming a young man. I have to be responsible for what I post, I have nothing but love for my dad and want what’s best for him.’