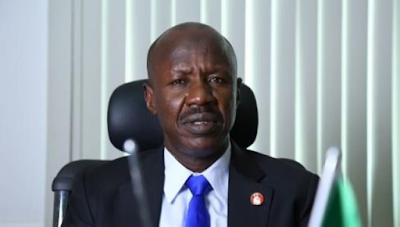 The counter-statement came after the suspended EFCC chairman opened his defense to the allegations of ‘Alleged Abuse of Office and Mismanagement of Federal Government Recovered Assets and Finances’ leveled against him on Monday, September 21.

Responding to allegations of allowing Hima Aboubakar, a Nigerien National to escape from justice, Magu challenged anyone who has ever offered him a bribe which he accepted to “come out publicly to confront him before the Justice Ayo Salami panel”.

He insisted that he has never received a bribe in his life.