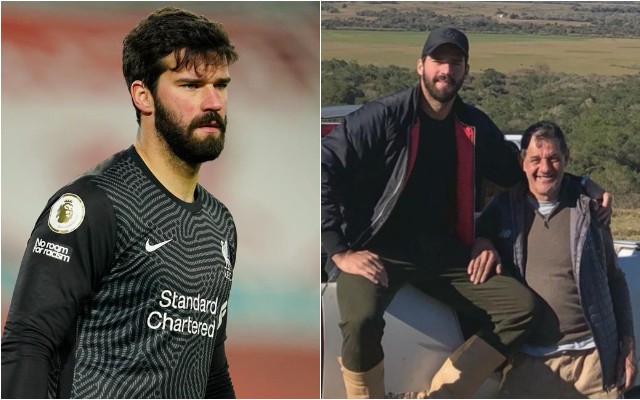 José Agostinho Becker, the father of Liverpool goalkeeper Alisson Becker has been found dead in Brazil.

According to reports, Jose drowned in a lake near his vacation home in southern Brazil.

Dorotio Machado Filho, the inspector of police in Lavras do Sol, said Jose Baker, was reported missing around 5 p.m. local time, with search teams from the local police department and fire department going out around 9:30 p.m. Less than a couple of hours later, Becker’s body was found by a friend and employee of the family estate.

Filho added that there is no suspicion of murder.

Alison joined Liverpool in 2018 from Rome and was named the best goalkeeper in the world in 2019. His younger brother Muriel plays at Fluminense, Brazil.

“It is with great sorrow that we have received the news of the death of Jose Augustinho Baker, father of former goalkeepers Alison and Muriel. Our condolences and solidarity with the two athletes and their families. A lot of strength and a lot of light at this point,” the club said.