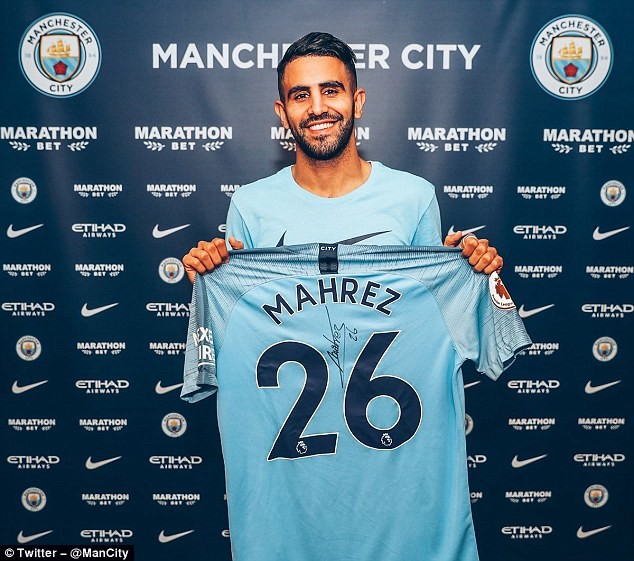 Algerian football star, Riyad Mahrez has moved to Manchester City from Leicester City in a club record signing worth £60million.

The 27-year-old winger was unveiled yesterday evening after he successfully underwent his medical in Wilmslow on Tuesday afternoon.

After signing a five-year contract with the Premier League champions, Mahrez said: ‘I am so pleased to have joined City, a side playing great football under Pep Guardiola.’ 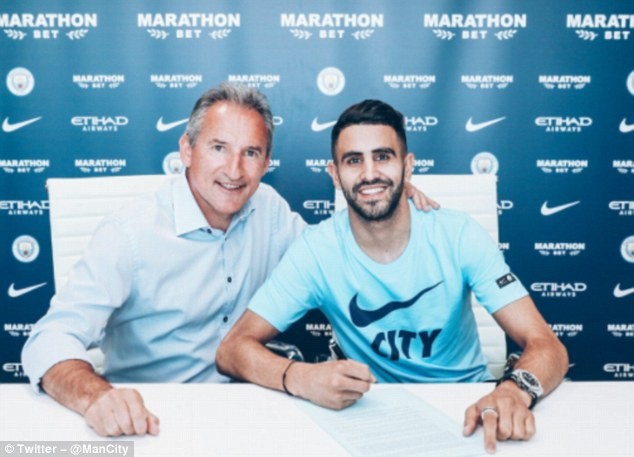 ‘Watching them from afar has been a pleasure. Pep is committed to playing attacking football, which is a perfect for me, and City’s performances last season were outstanding. They’re redefining the English game and I wanted to be a part of it.

‘I think we can be successful over the coming years and I believe my own game can develop under Pep’s management.’