“Maraji is partly right, the only way to God is through Yeshua and not Jesus” Reno Omokri 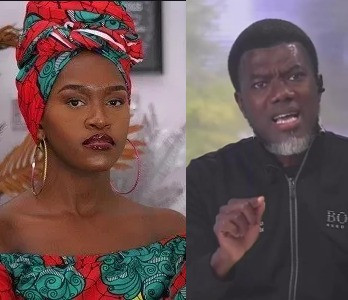 Reno Omokri has weighed in on the controversy generated from the statement Instagram influencer, Maraji, made yesterday August 12th.

Maraji in a post shared on her IG page, stated that Jesus is the only way to heaven. She received a lot of backlash from many Nigerians who believed she was attempting to dismiss other religions, particularly the Muslims who are currently celebrating Eid Mubarak.

Reacting via his IG page, Reno said that Maraji is partly right. He pointed out that the only way to God is Yeshua and not Jesus that is popularly known in the Christian faith. Reno says his research has shown that the original name for the son of God who came down to die for Christians was named Yeshua but was changed to Jesus by Europeans  that had occult agenda.

Read what he wrote below 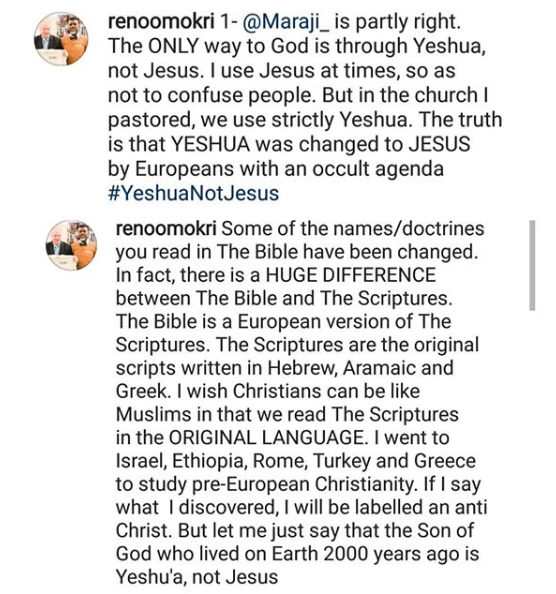