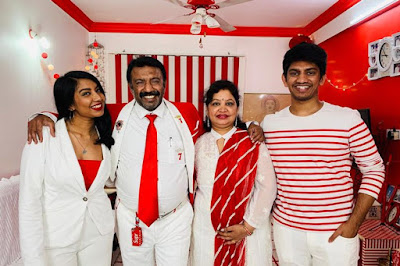 Sevenraj always wanted to be different, and was determined to be a “unique person in the world”.

So, when he was 18 he swore he would only wear white and red clothes until the day he dies – and the obsession is grown.

As well as dressing in the colours, Sevenraj, 58, from Bengaluru in Karnataka, only owns red and white things and drives a red and white car.

His whole house follows the colour-scheme, filled with red and white tables, armchairs, home appliances, bowls and plates and even a colourful toilet seat. 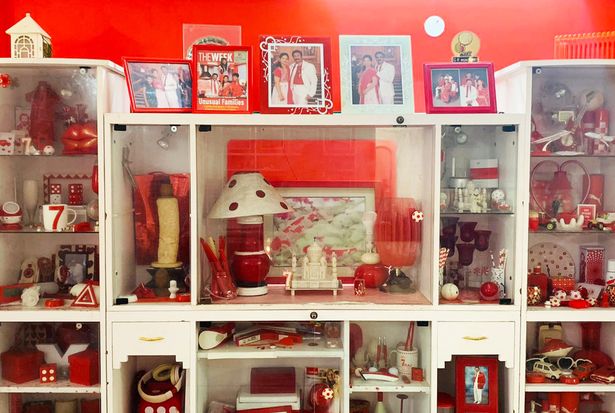 And the estate agent’s family are also involved, and his wife Puspha accepted her husband’s drill when she married him 25 years ago.

He said: “I always wanted to be unique and living with these colours make me a unique person in the world.

“I was 18 and a big fan of Gandhi—his loincloth and glasses was his identity. Just like him, I wanted to be the unique person in the world. 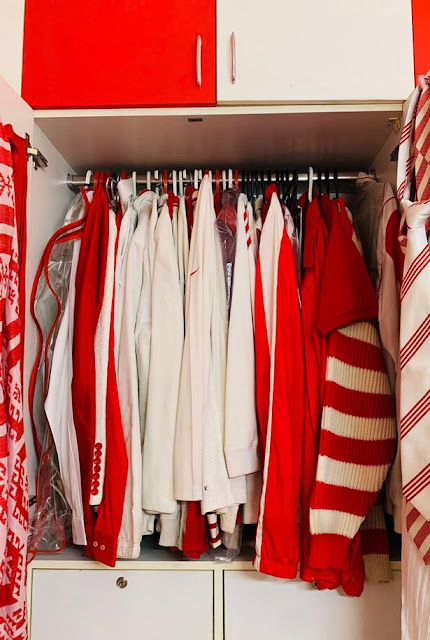 “At first, people laughed at me and thought I am a fool but I swore I will red and white clothes till my death.

“I have more than 30 ties, 15 coats, 30 shirts, 25 trousers all in red and white colour. I wear a new shirt every day but people think I am wearing same clothes.

“Today, the world is talking about me, and I am proud of that.”

Sevenraj, who was named after the number Seven by his artist father for being the seventh child, also has an obsession with that digit. 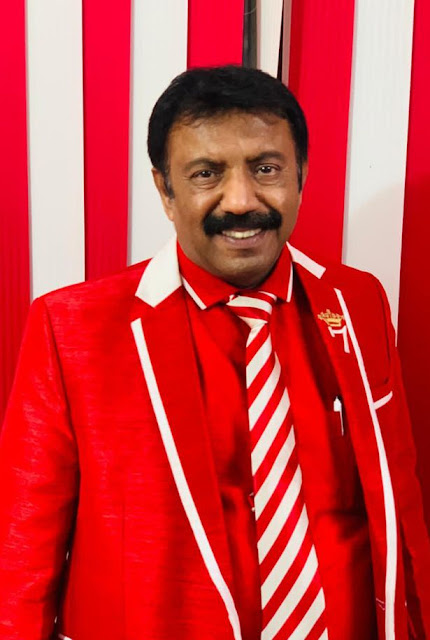 His car’s number plate has the number seven. He has embroidered a crown symbol and number seven on all his suits and shirts and his blazers have seven buttons and seven pockets.

The number seven is stitched into the headrest on his car, and proudly displayed on the lapels of his red and white blazer.

‘I believe this number is lucky for me,” Severraj said.

He even speaks seven languages, including Kannada, English, Hindi, Telugu, Tamil, Marathi and his own mother tongue Malayalam.

Sevenraj comes from a family that believed in wearing plain white clothes but at the age of 18, he added a red tie to his attire. 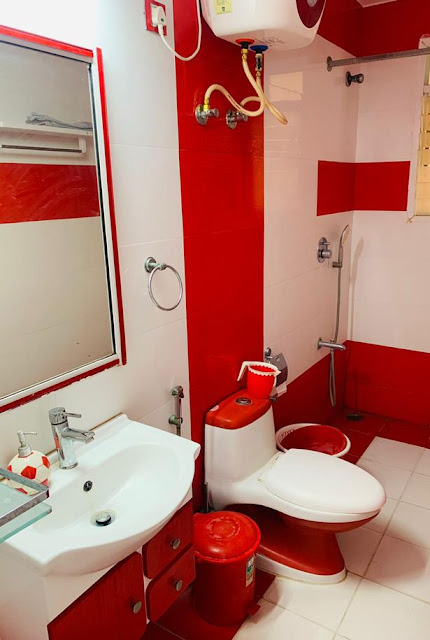 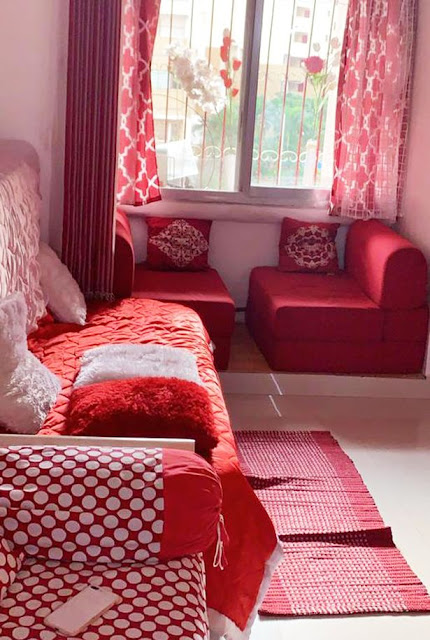