According to Charlie Moloney, a journalist for Express, the Duchess of Sussex’s “re-education may have been upgraded after footage of her closing a door for herself on Tuesday sparked a social media frenzy.”  Moloney added that Markle has more to learn than her sister-in-law Kate Middleton.

“It is standard practice for anyone entering the Royal Family to receive a few pointers,” a Kensington Palace insider told The Sun. “But because Meghan is American, and has had a very different upbringing, arguably she has more to learn. Advisers have been teaching her everything from the ‘Windsor wave’ and silver-service dining, to pronunciation and exiting a car gracefully.”

According to former royal etiquette expert Grant Harold, for the Windsor wave, “Her arm should extend upwards at a right angle and the hand then moves from side to side in gentle right-left motions.” By following this it is “restrained (and easier on the hand.” 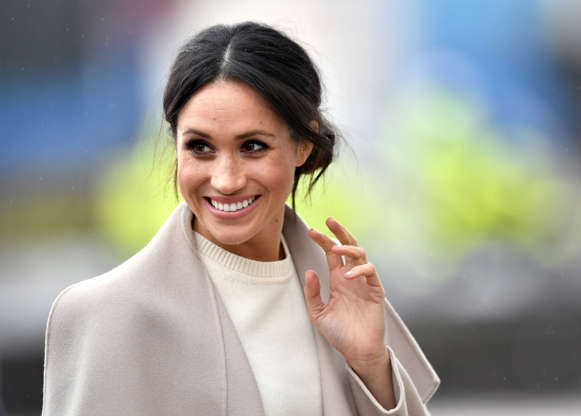 In addition, Markle is slowly replacing American words and phrases like restroom, trash and pants to its English equivalents.

“It was politely suggested she stop using the name fanny-pack and use rucksack instead. Similarly, just as most Americans use a soft ’t’ in words like water and butter, Meg now says these in the RP (received pronunciation) way,” the insider added. “She has taken to it all like a duck to water. For her, it’s just another acting job.”

Speaking of “acting job,” Princess Diana’s former bodyguard Ken Wharfe also believed that joining the royal family is like a play because one has to perform.

According to him, the late Princess of Wales had always wanted a normal life. In fact, she tried to give this to her sons, Prince William and Prince Harry by taking them to MacDonald’s. However, Princess Diana didn’t get what she wanted after marrying a future king.