My position on cattle ranches — Oluwo 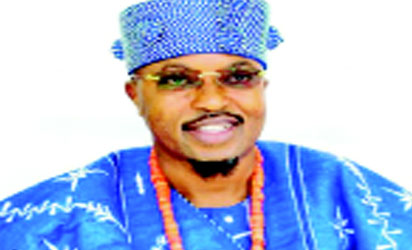 IBADAN-The Oluwo of Iwoland, Oba  Abdulrasheed  Adewale Akanbi, yesterday, debunked a recent statement credited to him that he faulted two apex Yoruba socio-cultural  organisations, Afenifere and Yoruba Council of Elders on their stance against cattle ranches in the South West

Though, the Iwo king justified his position on ranching, saying Nigerians should see the nation’s properties as collective assets, he said he was quoted out of context.

In a statement by his press secretary, Mr. Alli Ibraheem, the traditional ruler stated that the position of Afenifere was expected, sensing the huge loss the clashes had caused. The statement reads: “Oluwo only called the attention of every Nigerian to the side of unity, to see ourselves and soil as one. Nigeria belongs to every Nigerian. The word Hausa, Fulani, Yoruba and Ibo are discriminatory. All should be fused as Nigerian for peace and unity to reign.

“If we claim that a land belongs to a section, are we saying Aliko Dangote should relocate his businesses to the North? Are we saying the westerners in the north should relocate their businesses because Kano is not their land? No. We need a change of direction. If not now, when will it be?” Suggesting an amicable solution to the incessant Fulani-farmers clashes, Oluwo said: “there is unpreparedness on the part of the federal government’s agitation for ranching, noting that most herdsmen are ignorant of the method and application of ranching.” “Ranching is a modern practice of cattle rearing as applicable in advanced nations. Nigeria is also developing. We need meat and food from our farms. It is a symbiotic relationship. To avert this menace, Nigerians should be one irrespective of location or attachment”, the monarch stated.