A Nigerian lady took to Twitter to narrate how her father inflicted a cut on her sister for coming home late after warning her several times.

According to @possibleoge, her father is a retired soldier who doesn’t punish them until midnight. She further disclosed that her father meted out harsh treatment to her older sister who came home late after going to a friend’s house after her computer training class.

The Twitter user said her father who inflicted a deep cut on her sister with the machete also told her sister that the scar will always remind her to come home early.

Read her tweets below; 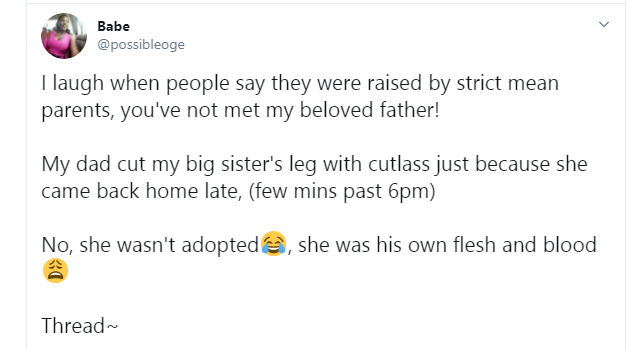 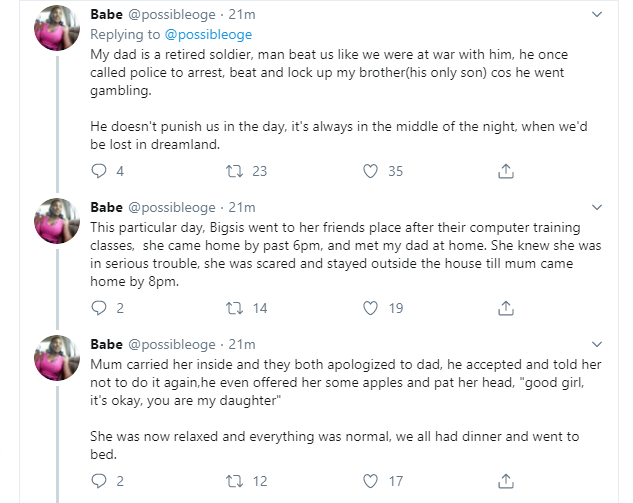 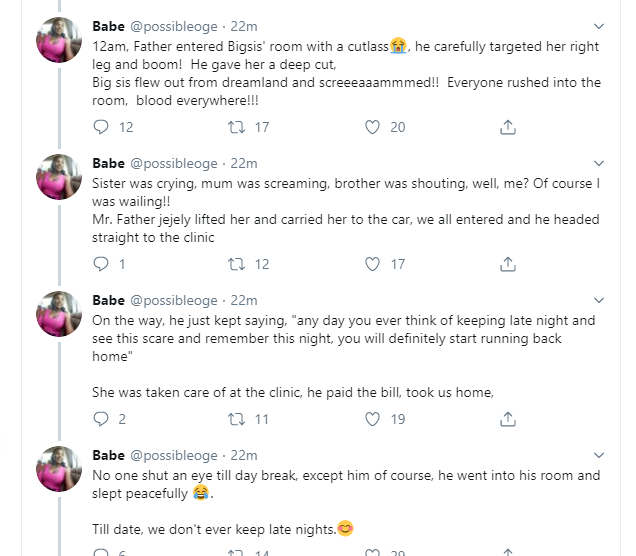