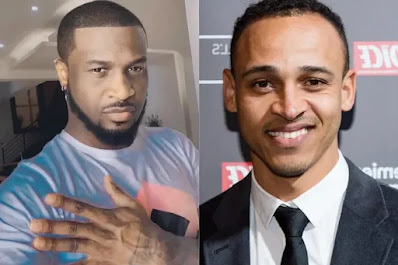 Osaze Odemwingie has explained why he called Peter Okoye a fraudster.

This is coming following the drama that ensued between the two.
Osaze had called out Peter asking him why he is defrauding Nigerians. Then he went on to tell him to stop the nonsense.
Nigerians had called the footballer out asking why he took on Peter Okoye and wife of legendary footballer, Kanu Nwankwo. He feels the need to respond and now he has responded..
Watch below…
2020-12-03
talkagblog