Workers at the Ibarapa Polytechnic, Eruwa, on Wednesday, July 18, commenced an indefinite strike over non-payment of salaries, poor welfare and non-accreditation of courses.

The News Agency of Nigeria (NAN) reports that the three unions in the institution are involved in the strike.

Ibarapa Polytechnic is the fifth institution out of the six owned by the Oyo State Government to join an indefinite strike declared by the unions.

Joseph Titiloye, the Secretary of SSANIP in the institution, told newsmen that the union had at its last congress resolved to commence an indefinite strike over several issues affecting their members..

“The management of this institution had in 2017 approved promotion criteria which were not known to any of us and the unions.

“This year, our management has commenced the implementation of the promotion criteria which would not benefit our members. “We demanded for moratorium but the management remained adamant.

“We have written several letters to them without response. We also wrote to the Governing Council and the case was referred back to the management,” he said.

He said that the union would not rescind its decision until the Governing Council of the institution addressed all the issues raised. 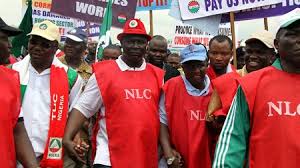 The NASU Chairman, Mr John Ojedokun, said the state government had given the institution autonomy without financial backup, making the running of the institution difficult.

He alleged that the Governing Council and management of the institution had since compromised, adding that they had been denying workers their rights.

Ojedokun stated that the council had after its inauguration, promised to commence the payment of full salary and the release of a template to pay the arrears.

His ASUP counterpart, Olusegun Aderounmu, said that his union also resolved to join the strike. Aderounmu stated that the union was protesting non-payment of salaries and non-accreditation of some courses in the institution expected to lapse in September.

“We are protesting how the government is handling education. It is far beyond salaries but there are many things we are being deprived of in the system.

“ASUP is more concerned with salaries and how the school is being funded. The accreditation of most of our courses will lapse in September.

“Salaries should be paid as at when due and there must be a template for payment of arrears before April 30, 2019. This is indefinite until our demands are met,” he said.

Mr Gbenga Olayiwola, the institution’s Public Relations Officer, told newsmen that the strike was mainly over non-payment of salaries, adding that the management was evolving means of resolving the problem.

Olayiwola, however, said he was not competent to speak on the issue of promotion.

The federal government in its warning said it would implement the ‘No work, No pay’ rule on polytechnic lecturers currently on strike.

The minister of Labour and employment, Chris Ngige, also appealed with the lecturers involved in the Academic Staff Union of Polytechnics (ASUP) industrial action, to suspend any plans of warning strike.

Previous: Veteran actress Hilda Dokubo celebrates female pilot she met on her flight
Next: Ten schoolboys gang-rape teenage schoolgirl ‘until she passes out’ in India