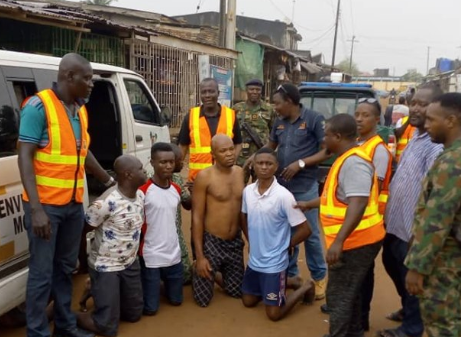 As part of efforts to stop the incessant flood recorded in the state, the Lagos state government on Sunday October 27, arrested parents of children caught on camera emptying bags of waste into the drainage channel in front of their houses in the Aboru area of Lagos State.

According to a statement released by the state government, the parents of the children will be prosecuted according to the tenets of the law.

Watch video of the children throwing waste in the drainage below