Photos- Girl, 11, began sweating blood as she revised for exams 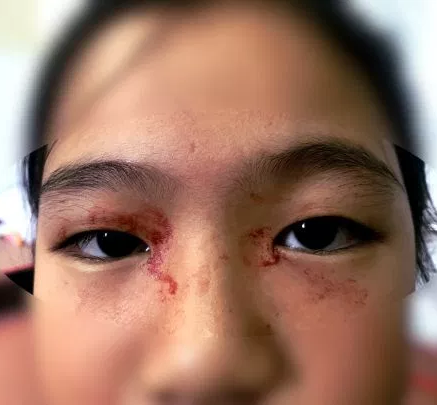 A Vietnam schoolgirl began to sweat blood as she was revising for exams, according to doctors.

The 11-year-old girl, who has not been named, started to show symptoms three to four times a day as she was revising for exams a few months ago. She has been receiving treatment at the Quy Hoa National Leprosy Dermatology Hospital, where she was initially diagnosed with a skin condition. It is now believed she has hematidrosis, a condition that affects one in 10 million people, hospital director Vu Tuan Anh said. 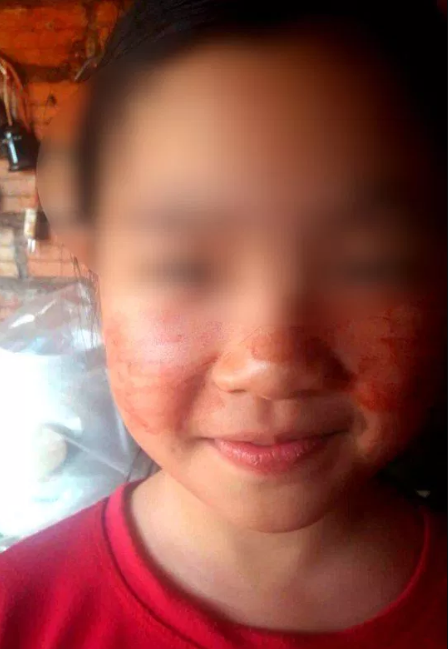 It is characterised by blood oozing from skin. The bleeding is due to the rupture of the very small blood vessels of the skin.

The cause of hematidrosis is not well known, but factors include increased vascular pressure, inflammation of the vessels of the skin, bleeding disorders, menstruation and high blood pressure.

Dr Anh said treatment was difficult, and mainly focused on dealing with the symptoms and reducing stress and anxiety.

Treatment is a challenge. We may use vitamin C, antidepressants and propranolol but results are undefined.

Hematidrosis does not affect lifespan but can cause discomfort and fear. It can also cause stigma in social situations and so reduce quality of life.