Riot police have clashed with hundreds of protesters in Berlin during a demonstration against coronavirus lockdown in Germany.

Despite the central government easing lockdown last week, infected cases have begun to rise in Germany again, with some states saying they will not lift measures if the numbers continue to spike.

Overall infections rose by 1,251 cases this week with 147 new deaths.

In Berlin, hundreds of protesters swarmed Alexanderplatz, defying the government’s limit of 50 people for outside gatherings, clashing with riot officers and shouting ‘Wir sind das Volk!’ [‘We are the people!’] and ‘Freiheit!’ [‘Freedom!’].

Across the country, over 3,000 people were reported to have descended on Munich and thousands more flocked to Stuttgart, incensed by the government’s management of the pandemic.

Unlike Berlin, these demonstrations were largely peaceful.

They accused politicians of drawing out the restriction on movement and argued that the actions infringed on their human rights. 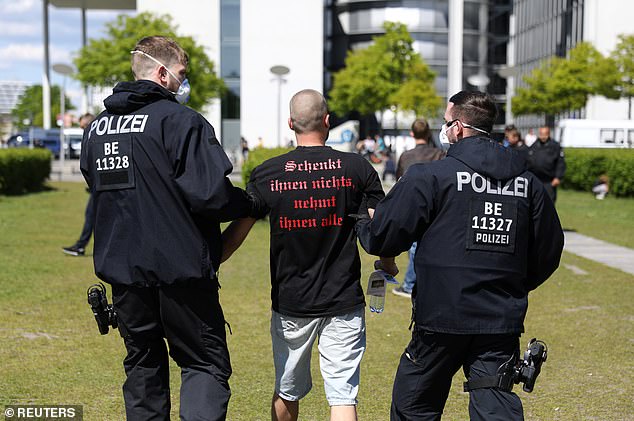 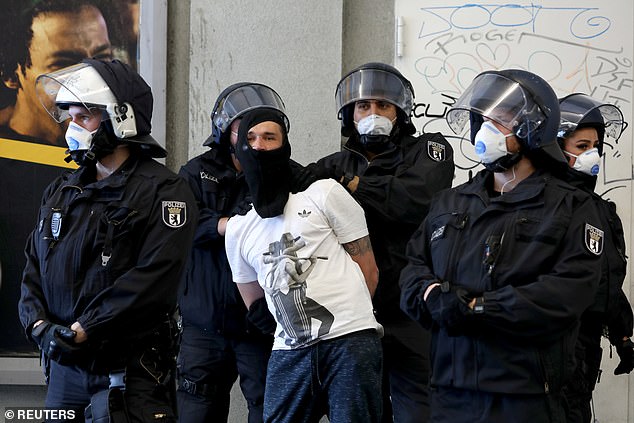