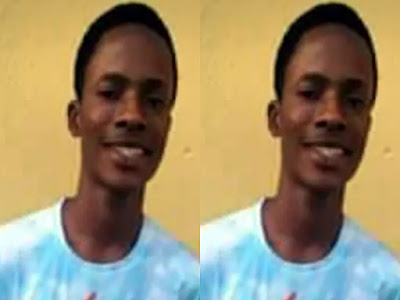 Ami Ugochukwu, an undergraduate of Ignatius Ajuri University of Education, IAUE, Rivers State, have been given a full scholarship for returning a missing smartphone to the owner even when he had no phone.

The Vice-Chancellor of IAUE, Professor Ozo-Mekuri Ndimele, who made the revelation, said: “Management consequently elects Ugochukwu UG/2019/4789 – Level 100 student of Political Science as IAUE Student of The Year 2020.”

The Vice-Chancellor noted: “What is special about this is that Ugochukwu has no phone of his, not even a “torchlight” handset.

“Yet he picked up and returned a smartphone worth thousands of naira to the owner. Management commends and, therefore, celebrates this rare conduct.”

The award, as announced by Professor Ndimele, includes “A certificate of honour, four years comprehensive scholarship, covering school fees, and a token for his upkeep while in school.

“He will get a cheque from the University to refund him the Year One fees he has already paid. His photograph will be displayed on the University’s electronic billboard of Excellence for six months.”