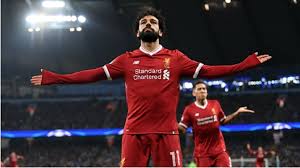 Mohamed Salah has been named African Player of the Year for the second time in succession.

Salah defended his crown after scoring 44 goals for Liverpool and Egypt in 2018.

Liverpool team-mate Sadio Mane and Arsenal’s Pierre-Emerick Aubameyang also made the three-man shortlist for the award.

The nominees for the main award made up the front three in CAF’s Africa Best XI of the year, with Guinea’s Naby Keita providing further Liverpool representation in a midfield completed by Atletico Madrid and Ghana’s Thomas Partey and Manchester City and Algeria’s Riyad Mahrez.

The back-four was split between Serie A and the Premier League, with Juventus and Morocco’s Mehdi Benatia alongside Napoli’s Kalidou Koulibaly – an international colleague of Mane’s.

El-Hadji Diouf was the previous Red to receive the honour prior to Salah, lifting the CAF award in 2002 in recognition of his exploits at that year’s World Cup with Senegal.

Yaya Toure and Samuel Eto’o, meanwhile, remain the all-time most successful players in the continent, having won Player of the Year four times each.