These stunning photos show an Ethiopian tribe that used to drown their disabled babies because they feared they were cursed.

The images show the Karo tribe covered from head-to-toe in multi-patterned war paint made from ash and animal fat.

In one image, boys smile as they wear a garment made of animal skin and embellished with white shells.

Other striking images show young men carrying rifles, which were gifted to them by European visitors over the past 50 years.

The rifles have been passed through generations like family heirlooms and are used to scare off enemies.

In another beautiful image, an elder woman uses plastic straws as part of her jewellery.

Up until 2012, the tribe used to drown disabled babies in what is known as the ‘Mingi’ practice.

Other women in the tribe are photographed with multiple beaded necklaces, which is a sign of wealth.

The Karo tribe are the smallest in Ethiopia with a population between 1,000 and 2,000.

The photos were snapped by American Jim Zuckerman, 72, in the Omo River Valley.

He said: “They live along the Omo River and practice ‘flood retreat cultivation’”. 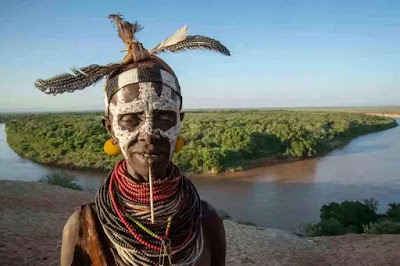 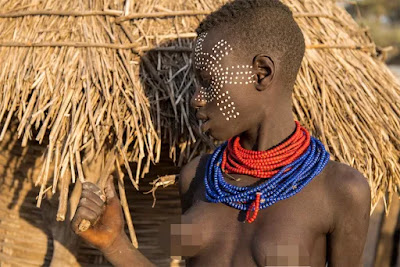 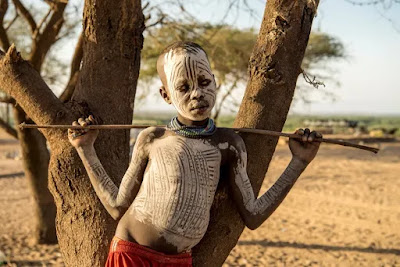 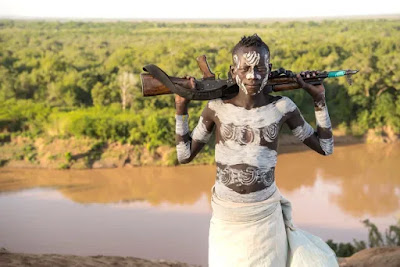 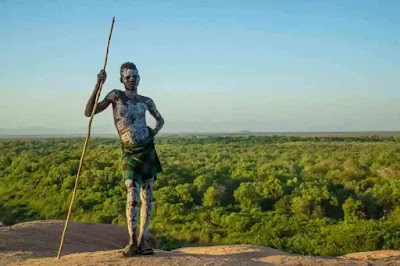 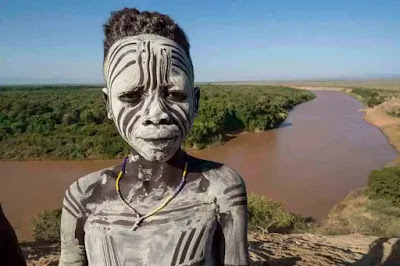 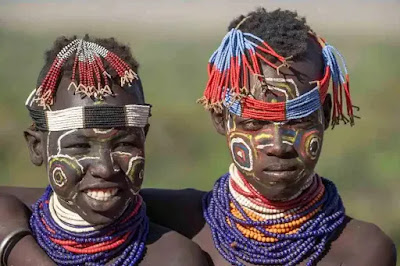 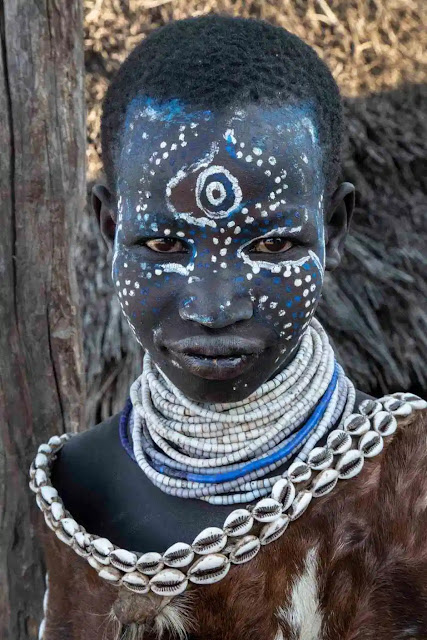 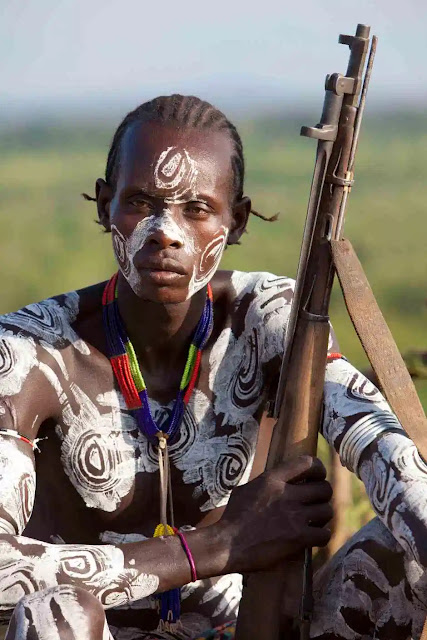 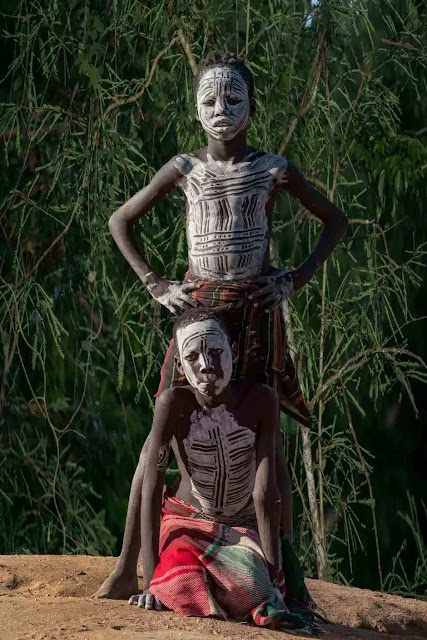 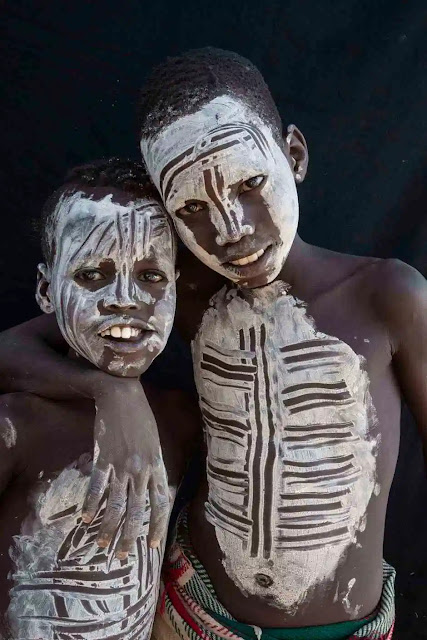 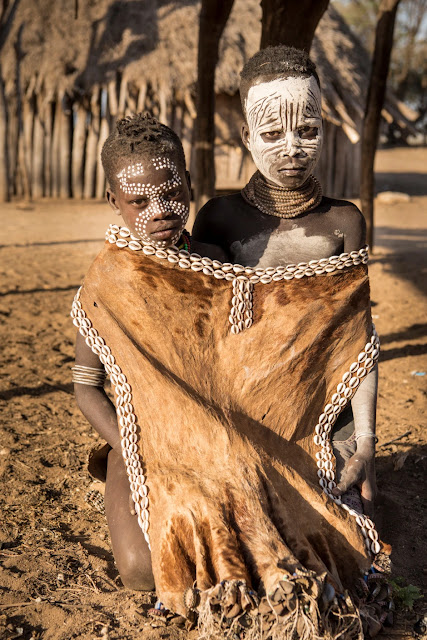