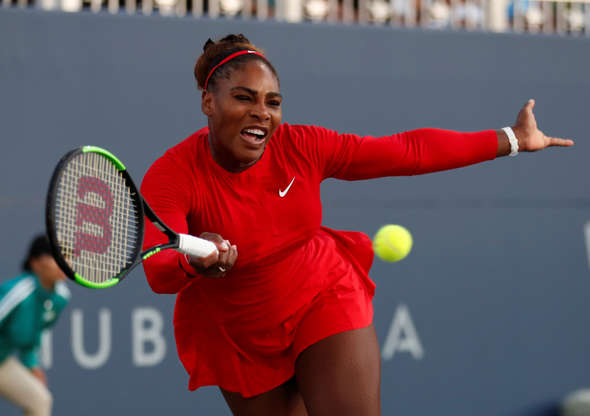 In the most lopsided defeat of her career, Williams’ disappointing night ended in less than an hour as she lost her opening match of the Mubadala Silicon Valley Classic on Tuesday night to Johanna Konta, 6-1, 6-0.

When the 52-minute match ended on Williams’ forehand into the net, she quickly grabbed her gear and headed off the court. She had never won only one game — she won her serve for the initial game Tuesday then not another. She got two games at the 2014 WTA finals in Singapore, falling 6-0, 6-2 to Simona Halep.

“I know I can play a zillion times better so that kind of helps out, too. I have so many things on my mind I don’t have time to be shocked about a loss that clearly wasn’t at my best right now,” Williams said. “When I was out there, was fighting. That’s the only thing I can say, I wasn’t just like giving it away and I was moving a lot better. So I’m just trying to take the positives out of it.”

While Williams was encouraged by her court coverage, she hardly looked like herself on a cool summer evening. She double-faulted and landed drop shots in the net. Williams missed returns and sprayed her groundstrokes long and wide.

Konta, who captured her first WTA title two years ago at Stanford, got on a roll with a quick first set and didn’t take a chance in letting Williams get back in it. Konta closed the first game of the second with consecutive aces under 100 mph. 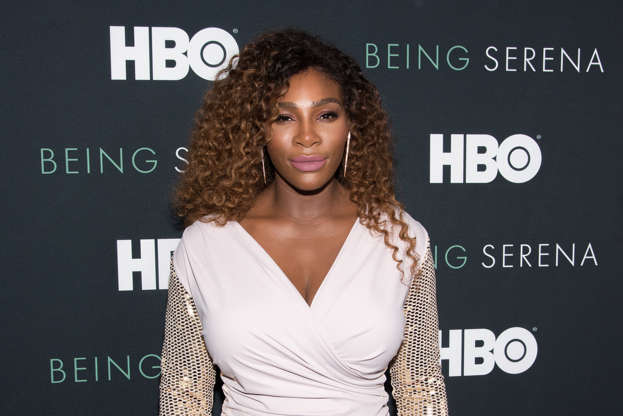 “I think she played well in the second set,” Williams said. “I wasn’t sharp at all in the first set and I think she got confident and clearly ran away with it.”

The sixth-seeded Williams is a three-time champion in the Bay Area. This marked the fifth tournament for the 36-year-old Williams since giving birth to her daughter, Alexis Olympia, last September. It’s her first tournament since her straight-set Wimbledon loss to Angelique Kerber.

Williams shrugged in disbelief when things went well, and when they didn’t. She gestured with her hand when the ball hit the lowest part of the net.

Williams had moments of brilliant shot-making to win long rallies, then would put a drop shot into the net and sigh in disappointment.

The good shots were to be celebrated.

She pumped her left arm and yelled “yes!” after winning the first point of the second game in the second. Williams then outlasted Konta for a long third point but was unable to hold serve.

“It’s difficult, I guess. It’s not I guess, for sure,” she said of trying to find that consistency again.

Williams, wearing a long-sleeved red dress and headband and cheered by the pro-Williams crowd, lost her second service game in the initial set and Konta then held for 3-1 as Williams made unforced errors with her timing not quite consistently there on the serve and ground game.

In the sixth game of the first set, Konta hit a 101 mph ace for ad then Williams got it back to deuce before Konta held for 5-1.

Williams, a 23-time Grand Slam champion, returned to the Bay Area event for what is the former Stanford WTA stop that moved to San Jose State University for the first time.

From here, Serena Williams goes to Montreal next week as she received a wild card into the Rogers Cup.

Following her loss in the Wimbledon final to Angelique Kerber, Williams said she had proven to herself that she could still compete to win Grand Slams.

Her next Grand Slam title would tie her with Margaret Court for the most with 24. She already has the most major trophies in the professional era.

Williams was treated for frightening blood clots after having her baby. At the All England Club, she wore special compression leggings as a precaution.