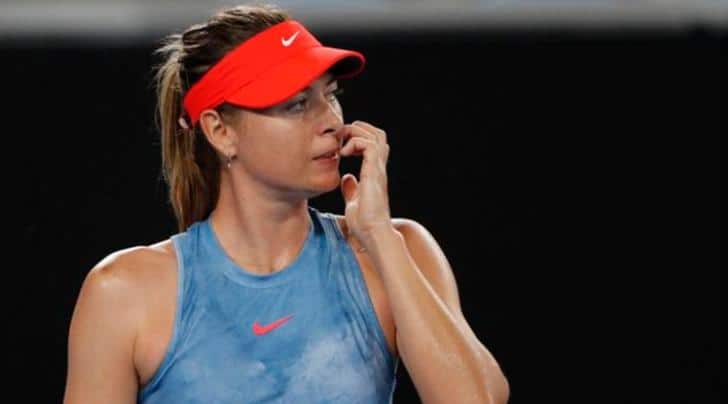 Maria Sharapova has given up the uneven struggle against injury and announced she has finished with tennis at the age of 32 in an emotional open letter in Vanity Fair.

After a career that yielded five Grand Slam titles, hundreds of millions of earnings and a reputation that became severely tarnished, she revealed her retirement through the pages of the magazine.

She will be remembered for her major wins, her relentless baseline hitting delivered with a piercing shriek and failing a drugs test at the 2016 Australian Open.

The 32-year-old Russian said: ‘How do you leave behind the only life you’ve ever known? How do you walk away from the courts you’ve trained on since you were a little girl, the game that you love — one which brought you untold tears and unspeakable joys—a sport where you found a family, along with fans who rallied behind you for more than 28 years?

‘I’m new to this, so please forgive me. Tennis—I’m saying goodbye.

‘I share this not to garner pity, but to paint my new reality: My body had become a distraction. Throughout my career, ​Is it worth it?​ was never even a question — in the end, it always was.’

On Instagram, accompanying a photo of her as a young child on the tennis court, she added: ‘Tennis showed me the world — and it sho wed me what I was made of.

‘It’s how I tested myself and how I measured my growth.’

She burst to prominence by winning the 2004 Wimbledon final as a 17-year-old against Serena Williams, who was to become a bitter rival, even though the American ended up with a crushingly superior head-to-head record in their encounters.