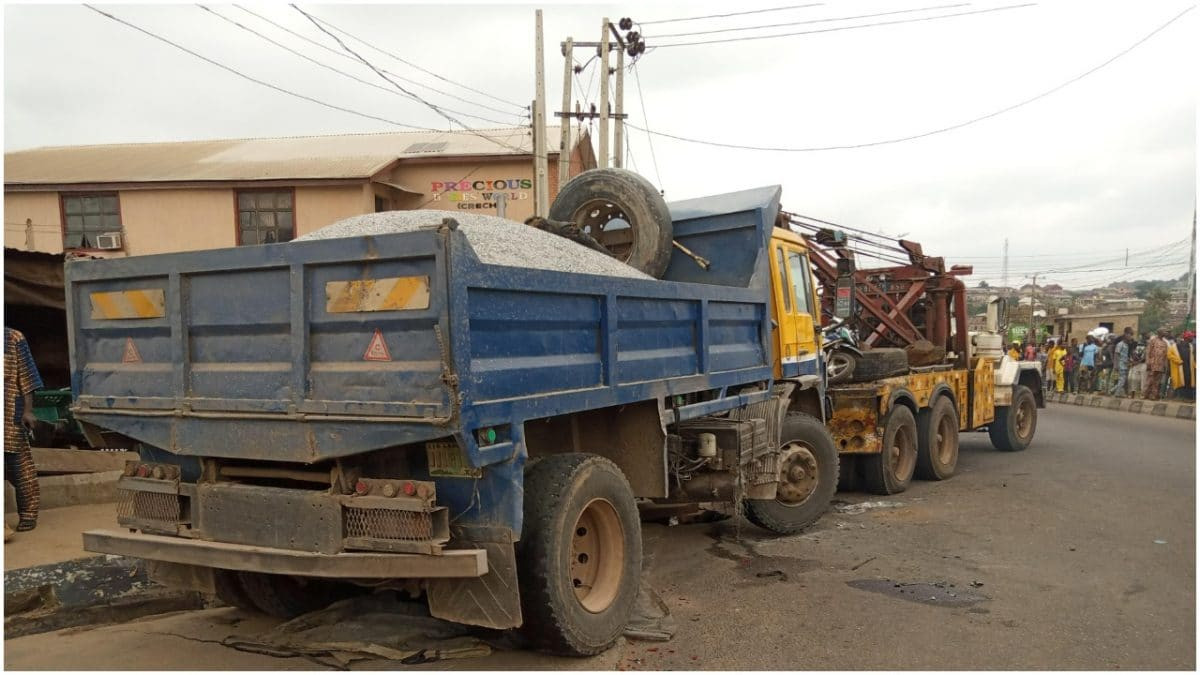 A tragic incident which occurred yesterday at Iyana Mortuary junction in Abeokuta, claimed the life of a soldier stationed at Alamala Barracks.

The soldier was involved in an accident which occurred by 10:30a.m on friday August 23, while riding on a bike. The military officer identified as R. A. Nata’ala, was crushed to death after the driver of the truck reportedly coming from Idi Aba lost control of the vehicle.

The corpse of the late soldier has been taken off the scene by the police, as it was further learnt that the driver of the truck fled the scene after realizing that he killed a solider.

Effort to tow the truck with a Lagos number plate ‘JJJ 833 XW’  from the gutter, is still ongoing at the scene of the incident which has been cordoned off by security operatives.