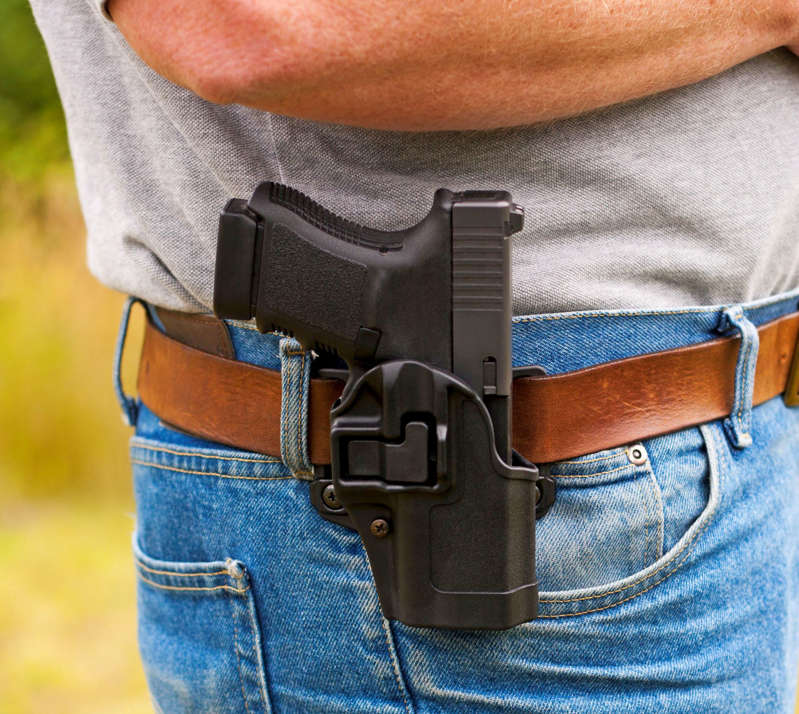 A  US federal appeals court ruled on Tuesday that the U.S. Constitution’s Second Amendment protects the right to openly carry a gun in public for self-defense, rejecting a claim by Hawaii officials that the right only applies to guns kept at home.

The ruling by a three-judge panel on the 9th U.S. Circuit Court of Appeals, makes the San Francisco-based court the sixth U.S. circuit court to interpret the Second Amendment this way and could set the issue on a path toward the U.S. Supreme Court, which has not taken up a major gun rights case since 2010.

The extent of the right to gun ownership is one of the most hotly contested debates in the United States, where mass shootings have become almost commonplace.

In a split two-to-three decision on Tuesday, the panel found Hawaii infringed on the rights of plaintiff George Young when it twice denied him a permit to carry a gun outside.

“We do not take lightly the problem of gun violence,” Judge Diarmuid O’Scannlain wrote in Tuesday’s ruling. “But, for better or for worse, the Second Amendment does protect a right to carry a firearm in public for self-defense.”

The 9th Circuit had ruled in 2016 that the Second Amendment does not guarantee a right to carry concealed firearms in public in Peruta v. County of San Diego.

The U.S. Supreme Court declined to rule on that decision last year.

President Donald Trump, a vocal gun rights supporter, is seeking to fill a vacant Supreme Court seat and make the court more conservative, raising the prospect that it may take up more cases in coming years.

Alan Beck, a lawyer for the plaintiff in Tuesday’s ruling, said he believed the question about openly carrying firearms would eventually end up before the Supreme Court.

“I think the Supreme Court is receptive to this,” Beck said in a phone interview.

Attorneys for the state of Hawaii were not immediately available for comment.

Judge Richard Clifton dissented from Tuesday’s ruling, saying the Second Amendment does not preclude the sort of licensing rules used in Hawaii and elsewhere.

Laws on openly carrying firearms vary widely by state and type of gun. The most restrictive are California, which falls under the 9th Circuit’s jurisdiction, Florida, Illinois and the District of Columbia, which generally prohibit people from openly carrying any sort of firearm, according to the Giffords Law Center to Prevent Gun Violence, a nonprofit policy organization that favors greater gun control.

Hawaii is one of 15 states that requires a license or permit to openly carry a handgun, according to the center’s data.

In 2008, the U.S. Supreme Court ruled for the first time that the Second Amendment protects an individual right to keep guns at home for self-defense.

The Second Amendment was adopted in 1789 and reads: “A well regulated Militia, being necessary to the security of a free State, the right of the people to keep and bear Arms, shall not be infringed.” (Reporting by Jonathan Allen and Diana Kruzman in New York; editing by Jonathan Oatis and Tom Brown)

Previous: Femen co-founder found dead in her Paris apartment, suicide note found beside her.
Next: Man walks out on his prospective girlfriend on their first date after she attempts to order takeaway packs for all her friends that advised her to date him

The terrorists that attacked the AK-9 Abuja-Kaduna train passengers on March ...