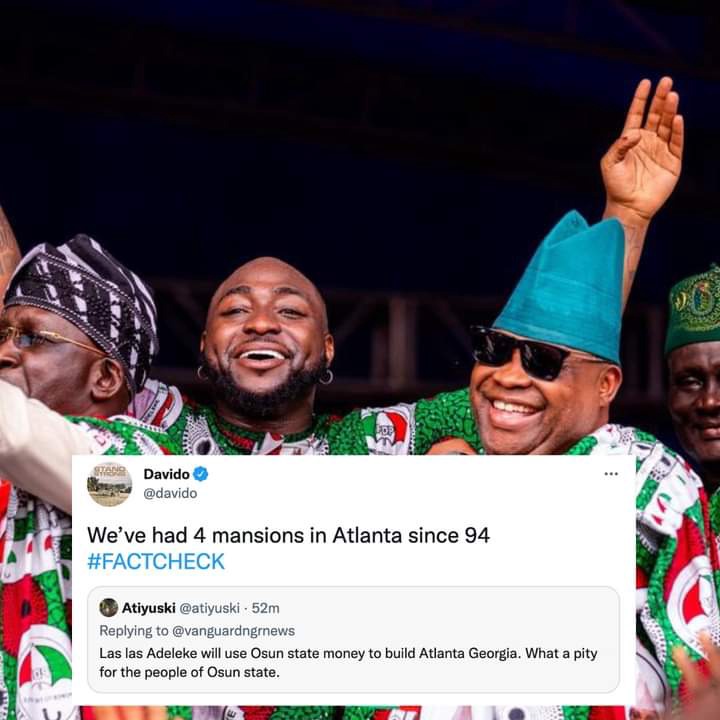 Famous singer, Davido has reacted to a tweet suggesting his family will use Osun state’s money to have properties in Atlanta after his uncle, Ademola Adeleke won the governorship election in the state.

Davido responded to the tweet saying his family has had four mansions in the so called Atlanta since 1994.

A Twitter user who suggested it, had tweeted; “Las las Adeleke will use Osun state money to build Atlanta Georgia. What a pity for the people of Osun state.”