You betrayed me, now KARMA’s come for you – Lady blasts ex Iwo Queen 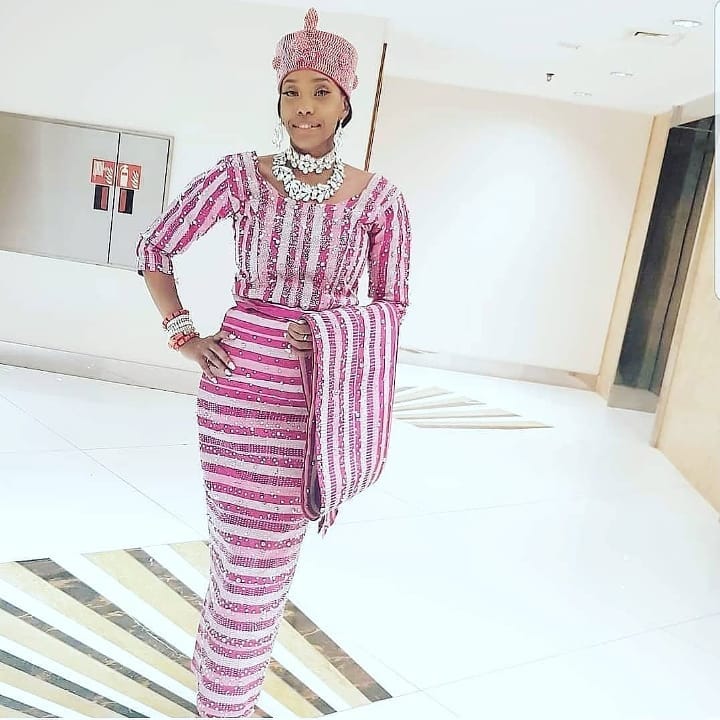 A Nigerian lady identified as Amanda Bukky Allen has taken to her Instagram account to drag the ex-Queen of Iwo King, Chanel Chin.

Recall that Oluwo of Iwoland released an official statement that Oba (Dr.) Abdulrosheed Adewale Akanbi, Telu I and his wife, Chanel Chin have separated.

According to the official statement released, the Oluwo of Iwoland and his wife, Chanel Chin have separated based on personal irreconcilable differences and the general public should avoid accordance of respect attached to the sacred stool of Oluwo to her.

“Hmm… Now you know how it feels Hun.. u betrayed me, u stabbed me in the back while u we’re living with me in my matrimonial home. U eat my salt, my pepper, my oil, we took sweet counsels together, and I didn’t know u were my close frenemy.. thanx to your betrayal, it really showed me the true colors of a foreigner. They act soft and all and then they kill you.. I mean all of you girls, yeah.. I wondered for so long why u would go ahead and stabbed me in the back like you all did, but I later found out why u didn’t like me, though u lived in my house, played with my lill child eat my food before becoming a QUEEN.. LAW OF KARMA WAITS FOR EVERYONE BY THE CORRIDOR OF LIFE.. FORGIVE ME AUNTY BUKOLA MY BELOVED FOR BUSTING OUT LIKE THIS, BUT I CAN’T CURTAIL MYSELF.. WHAT GOES AROUND COMES AROUND.” 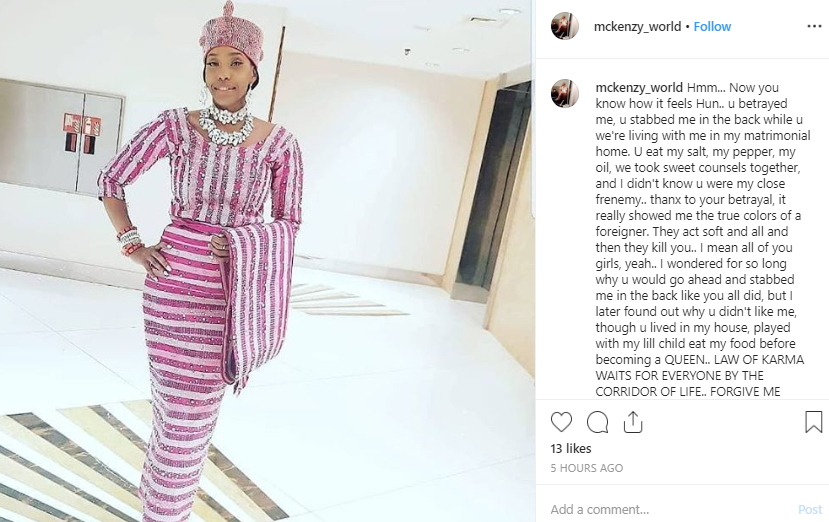